The mobile business always has relied on its access to licensed spectrum as the foundation of its revenue model. Spectrum scarcity, among other elements, has shaped the business model in fundamental ways.


That is not unusual. Many industries rely on relative scarcity to create value that can be monetized. In the internet era, such scarcities also create incentives for innovators to attack.


If one assumes spectrum scarcity will in the future be replaced by spectrum abundance, it is inevitable that disruptors will enter the market. In many cases, those disruptors will be “former customers.”


Of course, since the 1980s, it has been possible for enterprises to create their own virtual networks. In some cases, at least portions of such networks could be created on a “owned facilities” basis.


That has taken the form of ownership of actual fibers within third party cables, in some cases taking the form of owned point-to-point microwave facilities and in other cases rental of wavelengths.


If you assume orders of magnitude more communications spectrum will be released in the future, it is logical to assume that many enterprises might evaluate the creation of private networks, for a variety of purposes.


Creation of multi-tenant indoor mobile networks is one application. Such “neutral host” facilities would offer “inside the venue” access to all mobile operators, on a for-fee basis. Think about the Boingo business model, or any standard roaming agreement, and you get some idea of how value is created: the mobile operator or enterprise gets access in hard to reach places.


Also, in the same way that enterprises have created their own computing networks, so all the new spectrum and protocols can enable private enterprise mobile networks, especially to cover campus locations, support industrial, medical or other internet of things networks.


That is going to remove some amount of potential business from the public markets. Again, look at the undersea capacity markets. Some enterprise customers (Google, Facebook, others) now find that have so much volume that they can build and operate their own global networks.


That essentially removes sales opportunity from the “public” markets. On trans-Pacific routes, such private networks already have removed as much as a third of demand from the market. On routes between North and South America, private networks carry as much as 70 percent of total traffic.


Something like that is possible in the mobile business, as enterprises use the bounty of new spectrum to create their own private networks. The only issue is how extensive the trend might eventually become.


In some cases, the private networks arguably will mostly have the same business function as Wi-Fi, which is to say there will be little negative impact on suppliers of access services.


Access to the cloud still will be necessary, but the private location-based mobile networks will take the place of Wi-Fi.


In some cases, such as neutral host facilities, mobile service providers will substitute services spending for capital investment to build their own in-building networks.


The clearest winners for such new private networks will be software, hardware and device suppliers. Again, Wi-Fi infrastructure provides some guidance. If internet of things connectivity becomes as big a deal as many expect, that revenue generation by devices, software and transmission hardware will be key. 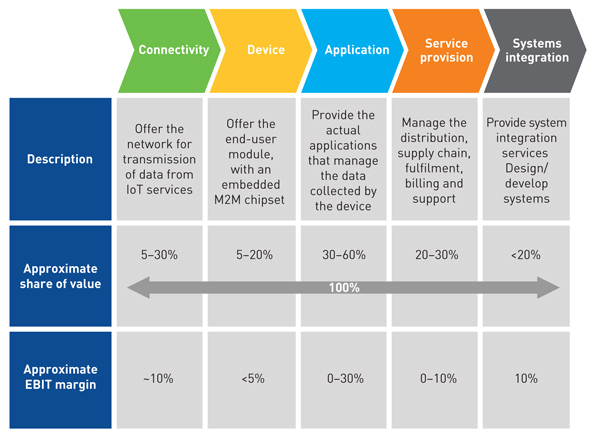