Much has changed in the global capacity business over the last few decades. Among the biggest changes is that so much global traffic is generated by a relatively small number of very big applications providers, not telcos moving traffic from central offices.


The other big change is that so much of global traffic now moves over private networks owned and operated by those relatively few huge app providers.


“Now networks are being built by hyperscalers,” says Tim Stronge, TeleGeography VP. That is a historic change.


On Latin American routes, about 70 percent of total traffic now moves over private networks. In other words, only about 30 percent of undersea, long haul traffic actually is sold to customers who use “public” networks,  according to Erick Contag, Globenet CEO. On trans-Pacific routes, OTT app providers also are driving demand, accounting for about 33 percent of lit demand on the “public” networks, says Jonathan Kriegel, CEO Docomo Pacific.


“Content providers are removing a large portion of the customer base,” says Brianna Boudreau, TeleGeography senior analyst. That “makes the rest of the market extremely competitive.”


In other words, despite huge increases in capacity requirements every year, most of that growth is “private capacity,” used directly by the likes of Google and Facebook, and not part of the “public networks” market (that capacity is not purchased from a public networks supplier). 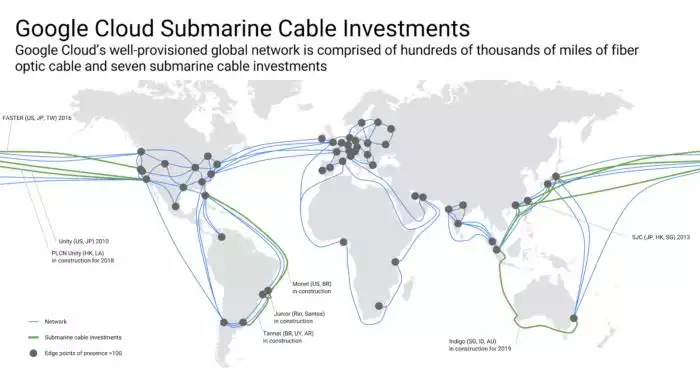