FairlawnGig, an open access internet access network serving the city of Fairlawn, near Akron, Ohio, now is poised to expand outside Fairlawn. The gigabit services is sold to consumers for $75 a month. Prior to FairlawnGig’s launch, the fastest available internet access speed sold in the area was 50 Mbps.


It appears take rates are highest for the 300-megabit speed package, costing $55 per month (boosted from the initial 150-Mbps level). Business services sell for $500 a month, with speeds up to 100 Gbps.


FairlawnGig says it gets a 50-percent “sign up” rate, which might mean the initial take rate is quite high, compared to most other new internet access services launched by a competitor in any U.S. market.


The addressable consumer market is about 3,320 locations, implying FairlawnGig could have as many as 1,660 paying consumer accounts (not including business accounts). 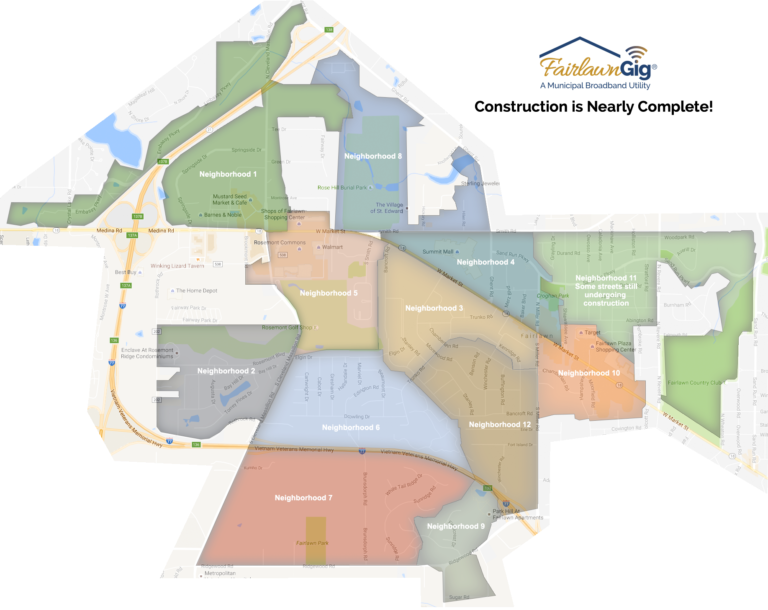 
It is possible that the cost of activated drops is as much as $2,000 per consumer customer location in additional spending.
at June 26, 2018