Digital One Rate Changed the Industry

Few now recall it, but AT&T Wireless once drove rapid mobile adoption by consumers by revolutionizing the way consumers paid for--and how much they paid for--long distance calling.


Back in 1998, AT&T unveiled a major new pricing plan for mobile users that priced all domestic calls for 10 cents a minute. That Digital One Rate plan effectively erased the distinction between local and long distance calling and provided a major incentive for consumers to buy mobile service.


Even many astute industry watchers did not appreciate the revolutionary nature of the plan. Technology pundit Walt Mossberg once called Digital One Rate “marketing hype.”


“It promises to make your cell phone as simple and affordable to use as a landline phone, so that you'll use it even for casual calls without a second thought,” said Mossberg. “The actual service behind the marketing isn't good enough to really allow that. I've been frustrated with it again and again.”


Digital One Rate was anything but hype. It really did revolutionize the way consumers and businesses made calls. It really did begin the mass adoption of mobile phones and the demise of landline service. 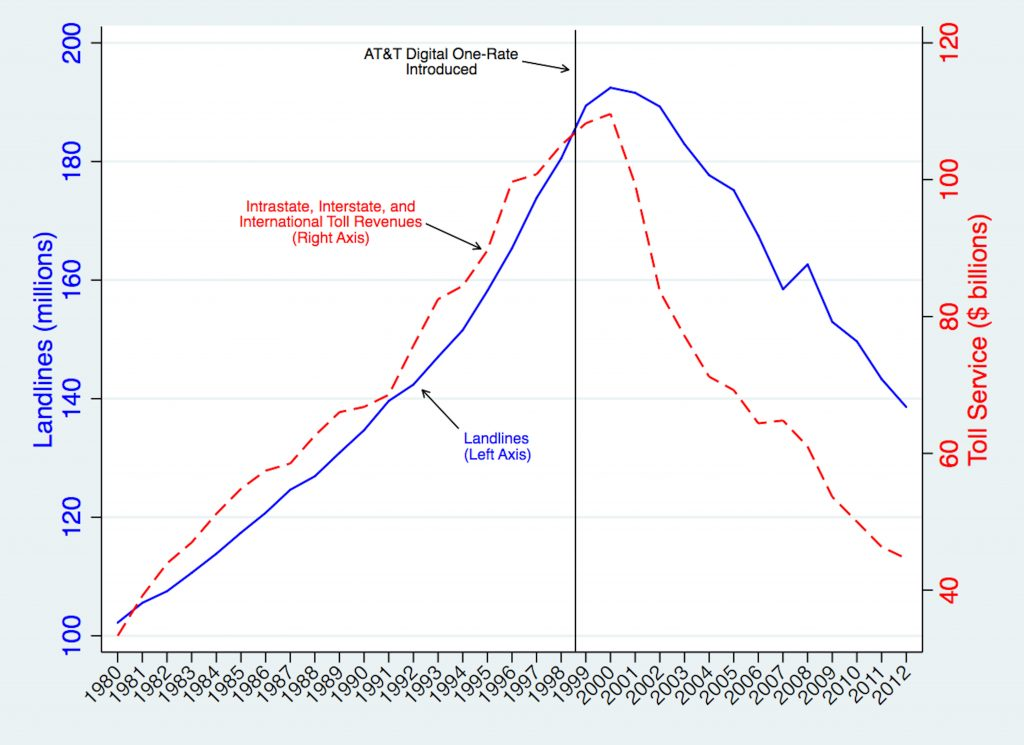 
Could such a shift occur again, in a new context?


One of the obvious commercial ramifications of virtualized networks featuring network slicing is the ability to create customized features related to bandwidth, latency, security and quality of service. Prices and service levels for mobile internet access should be an early place to look for evidence of such customization.


At the most basic of levels, standard practices in fixed networks, such as the ability to buy faster or slower services, with bigger or smaller usage allowances, are commonplace. That has not been possible in the mobile segment of the business, but will be. We refer here not to the setting of tariffs for 5G than might be higher than 4G, for the same amount of usage.


What likely will be new is the ability to create speed and usage tiers on an account-by-account basis. That is new. But so far, the leading mobile service providers announcing 5G service have chosen not to introduce such plans.


To be sure, Verizon charges about $10 a month extra for data plans with comparable 4G usage allowances. And since 5G is faster than 4G, there is an effective price premium for 5G. What Verizon has not done is create speed tiers for mobile access that resemble fixed network access.


In other words, customers cannot buy 5G plans with “speeds up to 150 Mbps” as one plan, and “speeds up to 300 Mbps” as a different plan, as is the norm for fixed network access.


But AT&T might choose to do so, at least eventually. So, too, will Verizon, in all likelihood.


“If you can offer a gig speed, there are some customers that are willing to pay a premium for 500 meg to a gig speed and so forth,” he said. “So I expect that to be the case.”


But it will not happen right away. “We are two or three years away from seeing that play out,” said Stephenson.


Network slicing most often is thought of in the context of customized virtual networks for enterprise customers. It might also be the way mobile operators create, for the first time, speed tiers for mobile internet access that are differentiated by speed, not just usage allowance.


Whether other quality of service metrics also become standard features of some plans or not--for consumers--remains to be seen.


But this is a big potential change, and will likely create higher revenue potential for the firms that offer such speed-differentiated or possible QoS-based service plans.


Perhaps that will not be as revolutionary as Digital One Rate was. But few innovations are.
at April 25, 2019