A Deloitte survey of 1,300 enterprise information technology executives across 69 countries and 22 industry sectors finds, as do most such surveys, a correlation between higher-performance firms and lower-performing firms. What never is clear is whether there is a causal relationship between technology investment, customer obsessiveness or any other metric.

Some 11.6 percent organizations “are delivering significant value through technology,” Deloitte says. Deloitte also notes that such firms also have “an orientation toward growth and leaders who advocate for, prioritize, and appreciate the value of technology.”

Software firms, for example, have long-term growth rates between 19 percent and 22 percent, and have business models that virtually require significant technology investment. They also are high-growth industries

Trucking, on the other hand, has a negative three percent growth rate over the next five years. When an industry is declining, it is not clear that technology adoption can reverse the decline. 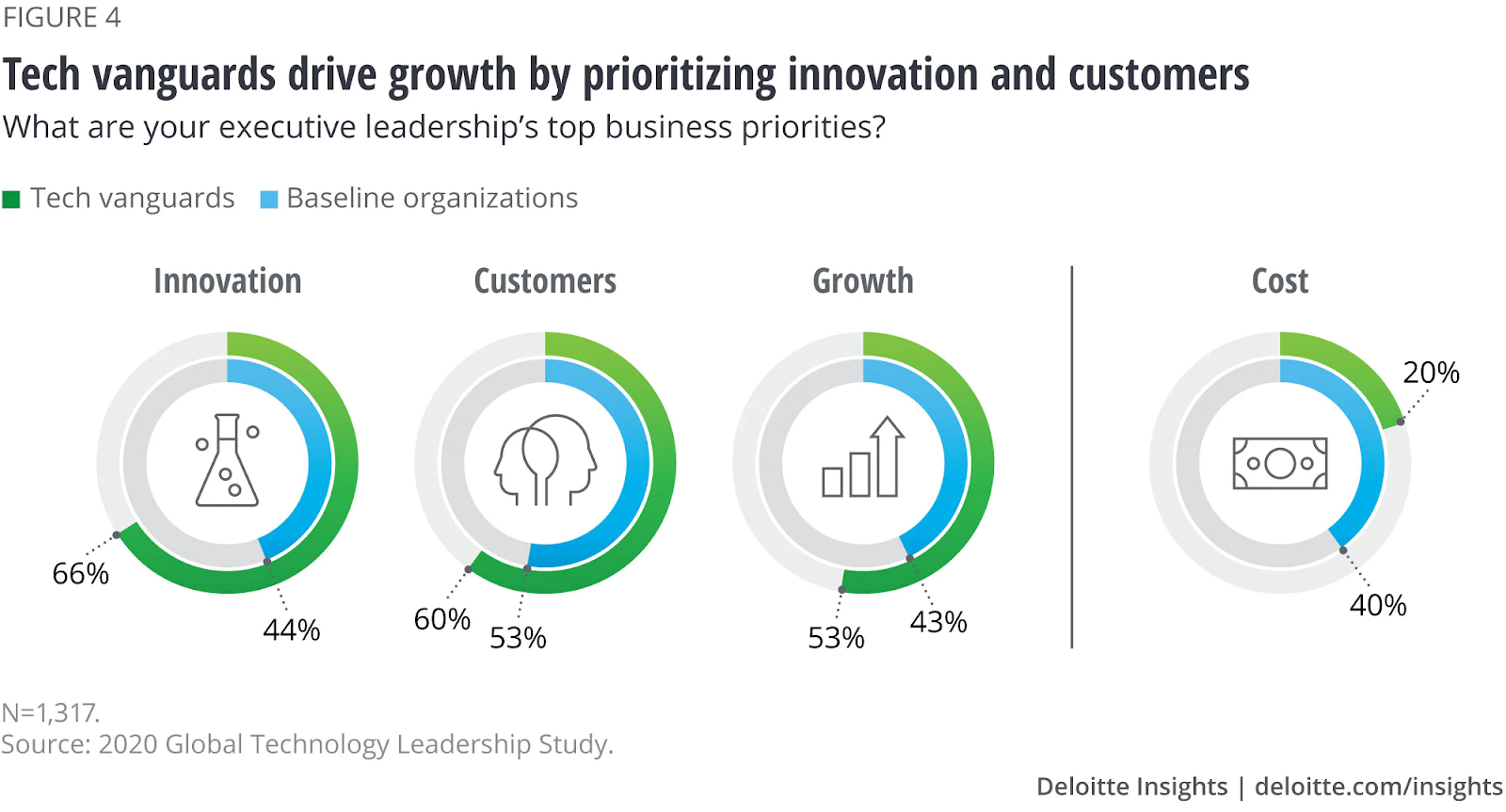 Deloitte’s argument is that technology-using, customer-focused, growth-oriented firms got that way because they have positive attitudes toward technology. One might make the argument in reverse: software and technology businesses are fast-growing firms whose very products are “technology.” They innovate because that is how they create new markets and new products, which in turn is the foundation of their growth.

Such firms often are customer-obsessed because their very survival requires discovering what needs customers have that their products and firms can serve. They do not always know that in advance.

Conversely, low-growth or no-growth firms might not be customer obsessed because, no matter what they do, demand and revenue drop every year. They essentially are in revenue harvesting mode, where business strategy might actually be to invest as little as possible, as growth is not possible.