In a study of one European service provider, the business model for using 5G for internet access in a fixed mode works at 30 customers served per cell site, though obviously the model is sensitive to capital investment and average revenue per account.


But the model appears most sensitive to take rate, as you would expect. The business model requires a 30-percent take rate. That is a lower threshold than generally required for a facilities-based fiber-to-home network.


Average revenue per account probably needs to be at least 40€ (US$43) per month, a target most consumer service providers should be able to hit with one service.

In its analysis for one European service provider, a Nokia 5G solution using millimeter wave spectrum allows each base station to serve tens of households.


The 5G short-range fixed wireless access is expected to sustain one Gbps per household. To achieve such a high speed and longer ranges for 5G fixed wireless service in suburban and rural markets requires MIMO antenna and beam-forming, plus use of lower-frequency spectrum.


In other work, Nokia has found that 5G is much more cost effective than earlier generations of mobile networks to support entertainment video, an advantage directly related to consumer internet access demand. 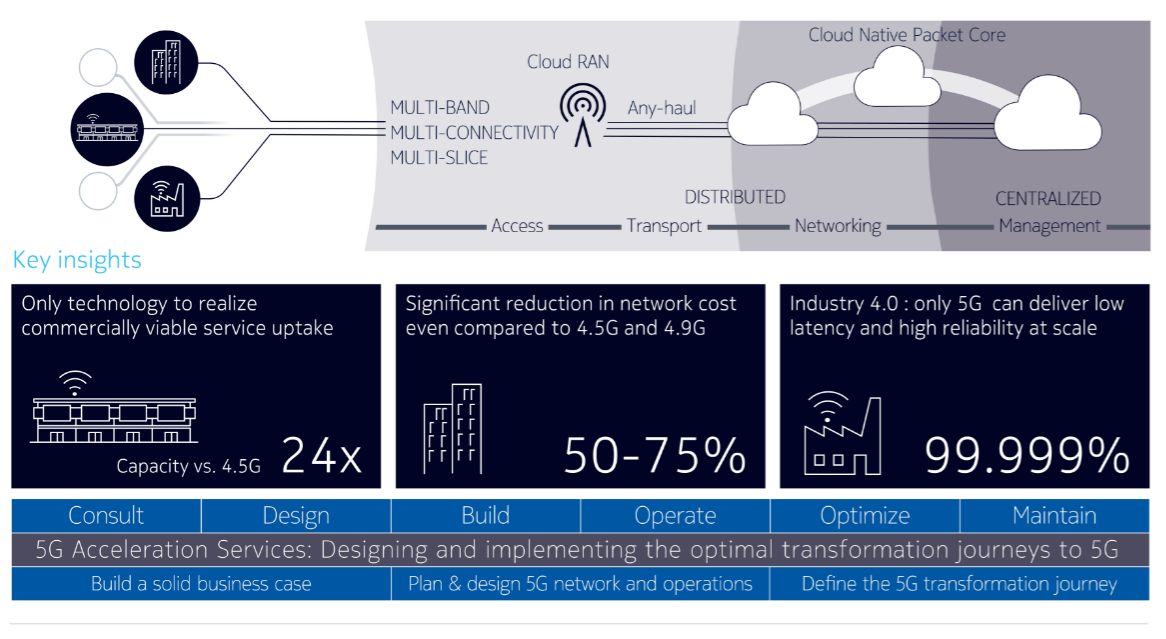 
The business model also will be influenced by ARPU, which for some suppliers might be $130 a month, meaning the breakeven is lower than modeled by Nokia. Also, other benefits, especially the ability to share cost with the mobile 5G infrastructure, might have some impact on the business model, further lowering the payback threshold.

That appears to be Verizon’s thinking, as it envisions using one optical transport infrastructure to support both mobile and fixed access operations.
at April 19, 2017