What Will 5G Cost?

Will 5G cost so much more than 4G that the business model breaks? If orders of magnitude more bandwidth have to be delivered, and if propensity to pay does not change but incrementally, what happens to capex cost?

What happens if the number of cell sites grows two orders of magnitude?

The number of U.S. cell sites, for example, could balloon from perhaps 80,000 to as many as a million, estimates Jack Waters, Zayo Technologies CTO.

What happens to backhaul costs? Will advanced radio arrays cost less, more or the same as today's radios?

Those are huge uncertainties.


But cost parameters are changing so much that some expect 5G capital investment might actually be less than 4G, even if the historic trend is that each next generation mobile platform requires incrementally more investment.


Over the last several decades, infrastructure costs (transport and access) have dropped by orders of magnitude, says Waters, referring to the cost-per-bit parameters. 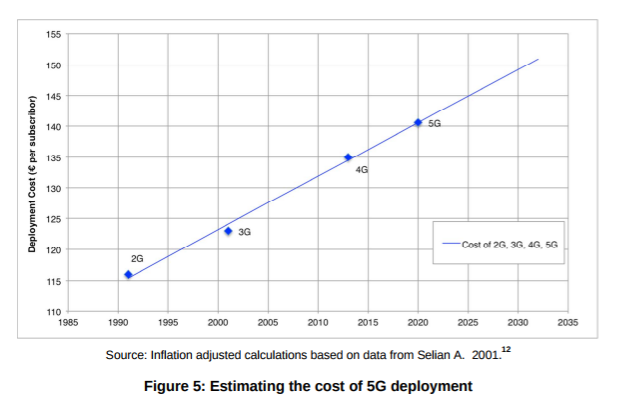 
Nokia and Facebook, for example, are working on 60-GHz fixed wireless platforms for urban or suburban areas. Nokia expects to develop Facebook’s Terragraph network and will conduct trials of the technology this year.


Wireless PON is based on 802.11ad WiGig technology and provides a wireless drop for fiber-to-the-home networks.


Access points can be easily mounted on utility poles, street lights or a building facade, and deliver gigabit-per-second speeds to a self-installable WPON Home unit.


The point is that 5G capex requirements might not scale linearly as have prior network generations, despite the heavy reliance on small cells and need for dense optical backhaul.


In fact, unit costs for mobile data have been falling for some time. 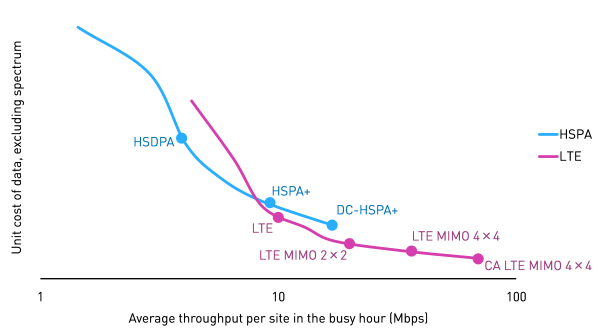