Formerly-separate industries--media, telecom and computing--have been converging for the better part of three decades. The industries have not yet completely fused, to be sure. But no longer is it possible to clearly delineate the boundaries.


Google and Facebook are huge ad-supported technology companies (hardware and software; content and access, in Google’s case). Comcast is a content creator, packager and distributor; so is Netflix. And so AT&T wants to be, also. 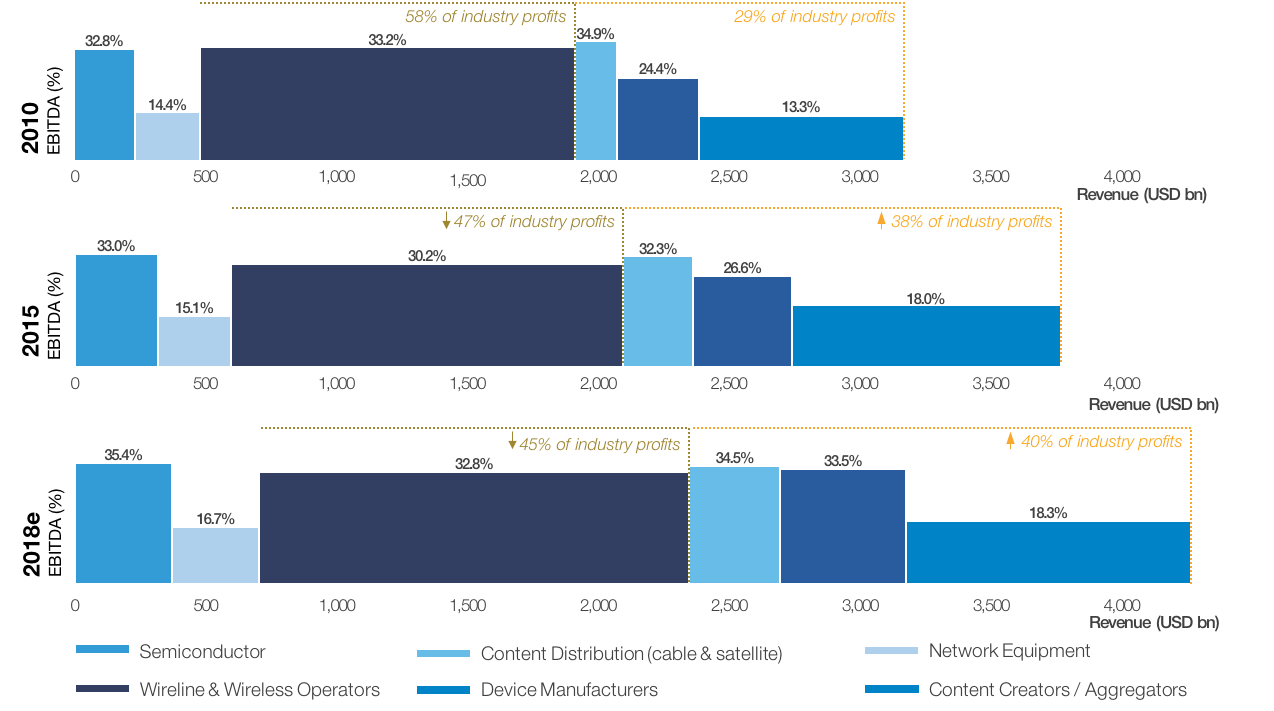 
Are Netflix, Google and Facebook in the same business as Comcast, AT&T and Verizon? The answer actually matters for government policymakers and regulators, as well as firms and customers.
AT&T Chairman and CEO Randall Stephenson argues that its acquisition of Time Warner, a classic vertical merger, removes no competitors from any of the relevant markets and only positions AT&T the same way as other key competitors such as Netflix and Amazon.
"Reality is, the biggest distributor of content out there is totally vertically integrated,” said Stephenson, referring to Netflix. “They create original content; they aggregate original content; and they distribute original content.”


That is true for other major platforms as well, including Amazon, Google, YouTube and Hulu, he argues.


The issue is that roughly half of internet ecosystem profits now are earned by app providers, content creators and aggregators, device suppliers and others, while perhaps half are earned by access providers.


In the recent past as much as 60 percent of ecosystem profits were earned by access providers. So it is easy to describe the migration of value: it is moving towards apps, content and devices, and away from access.


That, in a nutshell, is why tier-one service providers who hope to survive must do as Comcast has done: transition from access to multi-role firms with assets in content creation and apps.
at February 10, 2018