It is difficult to separate 5G from edge computing from network virtualization from internet of things from applied forms of artificial intelligence, because value created from each hinges on the value supplied by the other advances.


If one believes that the big value drivers associated with 5G will come from enterprise use cases, rather than reinforcing 5G network capacity, then internet of things stands at the forefront of the opportunities. Many of the potential use cases hinge on ultra-low latency, which drives the need for distributed edge computing and analytics embedding AI, plus lower-cost and more-flexible core networks that are optimized for particular computing tasks.


Consider that edge computing infrastructure might represent some seven million locations, according to one recent IDC estimate. To put that into perspective, consider that there are nearly five million mobile cell sites active globally. Assume four million are macrocell sites, and candidates for an edge data center.


Though deployment would not be equal, everywhere, one edge center at every macrocell site implies a universe of four million sites. If you assume small cells are placed in areas of high density and high communications usage, then one million to two million additional sites are conceivable, representing potentially five to six million locations.


Those are “infrastructure edge” facilities, arguably owned by mobile or telco-associated entities. In addition to that, many logical edge computing facilities will be located on enterprise premises. That would had a couple to several million more sites. 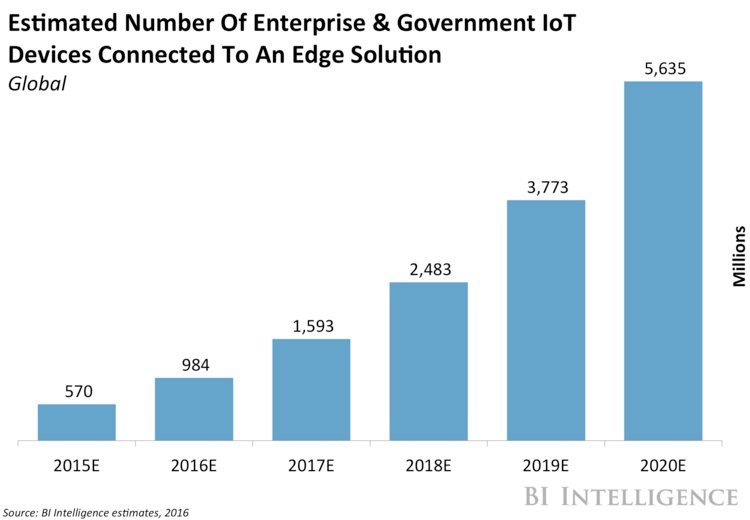 
Supporting 100 devices concurrently might seem an absurdly low number, but, by analogy, 72 percent of traditional data center traffic remains inside the data center. Data center to user traffic has been about 15 percent of total traffic. The point is that a flood of sensor data might impose greater processing tasks than consumer web or video requires.


That would not include any edge data aggregation centers, where non-real-time analytics are conducted, or where traffic to be passed to remote data centers and locations is originated.


The whole point is that edge data centers, working with 5G, would be necessary to ensure latency of a few milliseconds roundtrip; core network virtualization to contain costs and network slicing to ensure WAN performance; plus application of artificial intelligence (machine learning at the edge, deep learning elsewhere in the cloud, or at edge aggregation centers).