Whether a product is affordable or not often depends on one’s standpoint and assumptions. The average price of a broadband internet access connection--globally--is $72..92, down $0.12 from 2017 levels, according to comparison site Cable. Other comparisons say the average global price for a fixed connection is $67 a month.


Looking at 95 countries globally with internet access speeds of at least 60 Mbps, U.S. prices were $62.74 a month, with the highest price being $100.42 in the United Arab Emirates and the lowest price being $4.88 in the Ukraine.


Another study by Deutsche Bank, looking at cities in a number of countries, with a modest 8 Mbps rate, found  prices ranging between $50 to $52 a month. That still places prices for major U.S. cities such as New York, San Francisco and Boston at the top of the price range for cities studied, but do not seem to be adjusted for purchasing power parity, which attempts to adjust prices based on how much a particular unit of currency buys in each country.


The other normalization technique used by the International Telecommunications Union is to attempt to normalize by comparing prices to gross national income per person. There are methodological issues when doing so, one can argue. Gross national income is not household income, and per-capita measures might not always be the best way to compare prices, income or other metrics. But at a high level, measuring prices as a percentage of income provides some relative measure of affordability. 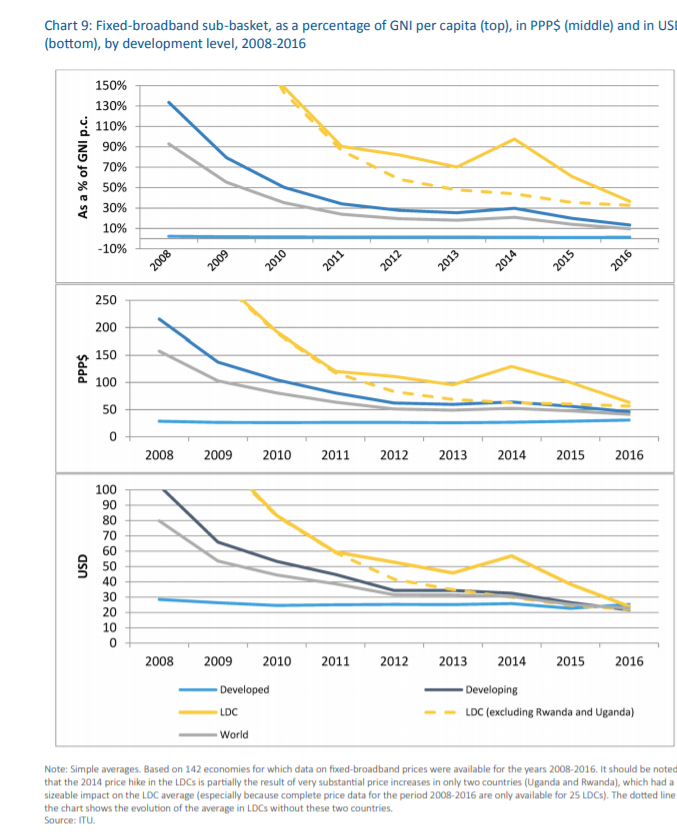 
Maybe it is not a problem, if the average global price of a fixed network internet access connection is $73 a month.


The important caveat is that comparing fixed network internet access prices across regions and nations requires normalizing for purchasing power; picking plans to compare; and adjusting for differences in retail plans (such as usage limits, if any). Absolute price, for any particular set of analyzed plans, is one thing. Price per gigabyte might be quite another.


And since much of the world’s people use mobile internet access, it is not so clear how valuable measures of fixed network cost actually are. 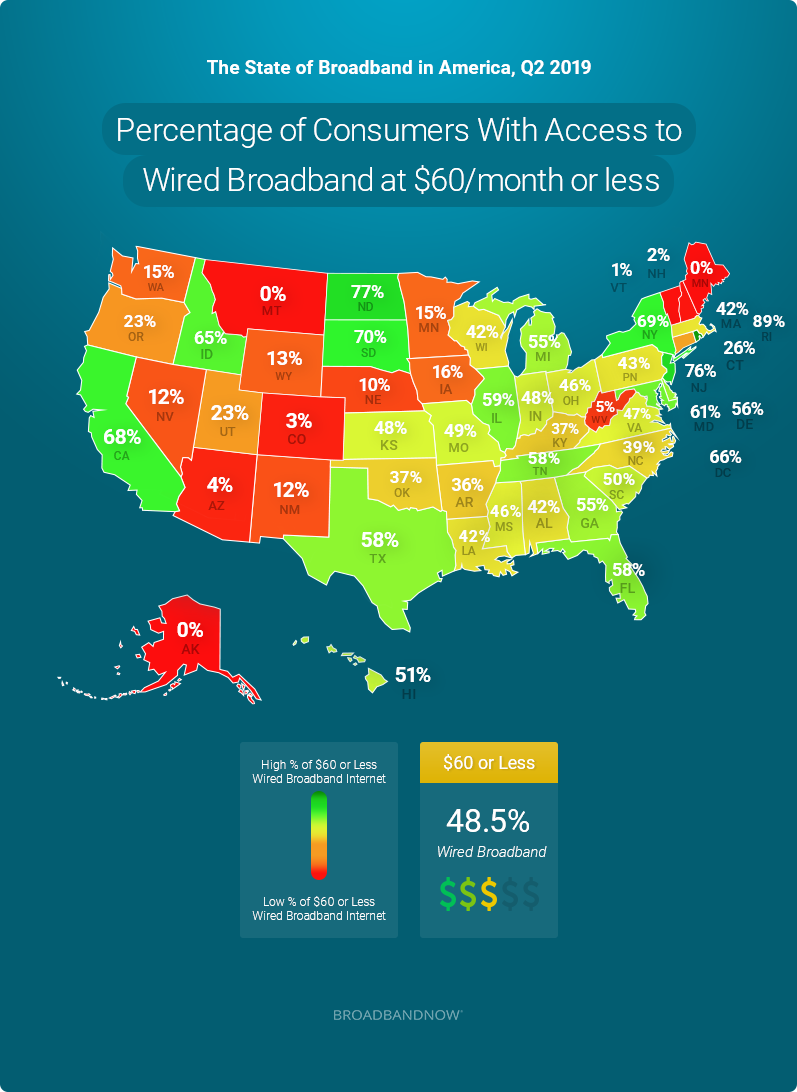 
The point, some might argue, is that U.S. fixed network internet access prices actually are not too expensive, when compared with prices in other developed nations. ]