As we near release of third quarter 2014 earnings, observers will be looking at net subscriber additions to assess how the mobile marketing wars are going.


As has been the case recently, the net new subscriber gains might present only a partial picture. To be sure, a net add is helpful. On the other hand, no matter how many new accounts are added, it is the composition of net new accounts that also matter.


Over the last year, growth has essentially shifted to tablet devices being added, not so much phone accounts.


Perhaps 30 percent of those net new accounts, over recent quarters, have been lower-yielding tablet accounts, rather than phone activations. The reason is that a tablet added to an account might represent $10 a month in incremental revenue.


Many observers would expect to see net additions in the million-account range from Verizon, T-Mobile US and AT&T. Sprint likely will lag, with perhaps 250,000 to 300,000.


The only shocks would be if aggregate gains were substantially lower overall gains, or if any of the individual contestants did markedly better or worse than those expectations.


As has been the case recently, T-Mobile US is the carrier with subscriber gains most likely to surprise to the upside.


T-Mobile US already has said that, in August 2014 the company had its best month ever in terms of postpaid net adds.


"We had our biggest net add postpaid month in the history of the company in August, with 552,000 postpaid net additions,” according to CEO John Legere. The company also had 208,000 prepaid net adds in August.


That suggests T-Mobile US could easily break one million net postpaid additions for the full quarter. 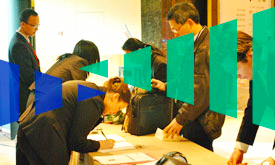 
Since about the second quarter of 2013, phone account growth has been rather low by historical standards, with tablet additions driving connected device growth.

Assuming net adds come in at about 3.4 million for the quarter, that might represent about 2.4 million tablet connections and about a million phone accounts.
at October 10, 2014