Why We Need Three Orders of Magnitude More Bandwidth

Nobody would be surprised to learn that over the top video streaming has become a mainstream activity, and that the amount of streaming is increasing.


Most would not be too surprised to learn that video--depending on resolution--requires two orders of magnitude, or perhaps three times more bandwidth than other apps.


So a prediction that some mobile markets might well require 1,000 times more bandwidth (three orders of magnitude) over a relatively short time frame (perhaps a decade) requires only a few assumptions.


One assumes that people routinely will use smartphones with data plans. And one assumes that a growing percentage of total usage will consist of video.


At a high level, use of video automatically drives a two order of magnitude increase in bandwidth consumption, for each minute of usage.


Add in the impact of more smartphone users, as a percentage of total, plus higher-resolution video formats, and the need for 1,000 times more capacity (three orders of magnitude) is a prudent assumption, not a wild extrapolation.


The issue is how it might be possible to supply 1,000 times more bandwidth, and where this is more feasible, on a sustainable basis.


The reason is that most of the growth will have to come from small cell network architectures, even if one assumes a tripling of bandwidth and perhaps a tripling of device performance (antennas, coding algorithms, modulation techniques).


And small cells are most useful in dense urban areas, less useful to impractical in rural areas. That is one reason some believe new ways to release spectrum for mobile and untethered communications is so important.


Some of the available tools will have limited utility in rural or hard-to-reach areas. 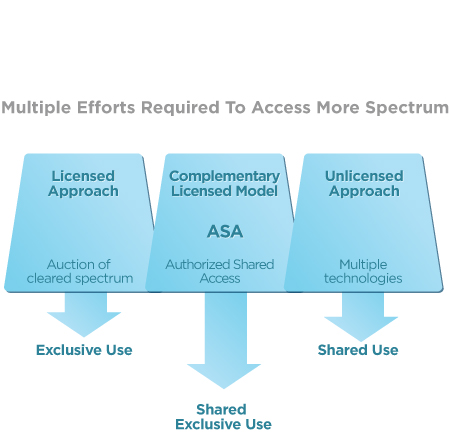