Over the past year, tablet connections have largely accounted for net subscriber growth at AT&T Mobility, Verizon Wireless and Sprint. What now remains to be seen is whether growth over the next couple of years might shift back to phone account additions.


The reason is an apparent shift of policy by Sprint and T-Mobile US to convert more prepaid accounts into postpaid accounts, principally by relaxing traditional credit standards.


Some will immediately grasp the other implications. Churn rates might increase and the size of the prepaid market might level off or possibly shrink, at least for a time.


On the other hand, between tablet net adds and a faster conversion of prepaid accounts to postpaid, the number of U.S. mobile accounts might grow substantially over the next few years.


Tablets with mobile Internet subscriptions using 3G and 4G LTE will grow more than five times in the next five years to reach nearly 250 million in 2018 at a global level, according to the Strategy Analytics.


Strategy Analytics predicts there will be 247 million tablet subscriptions by 2018, up from 45 million in 2013.


That implies a growth rate of about 25 percent a year.


But connected tablet forecasts might also have to contend with a seemingly higher rate of postpaid smartphone net additions as well, as at least some of the largest U.S. mobile service providers attempt to convert more prepaid accounts into postpaid accounts.


For reasons related to tightened restrictions on fraud, a “lifeline service” program propping up prepaid account volume saw a big fall in 2013.


Where in 2012 the mobile industry added 4.5 million net new accounts because of the lifeline program, in 2013 only 1.2 million were added.


A continued decline in net prepaid additions in 2014, even after the one-time adjustment for program rule changes, is what requires explanation.


The industry should add only 959,000 prepaid subscribers in 2014, UBS says. Since the slowdown cannot be attributed to the impact of lifeline program rule changes, something else is going on.


And that something is likely bigger numbers of consumers shifting from prepaid to postpaid accounts as credit standards are relaxed. Some might argue that process will result in higher churn rates, higher bad debt and higher customer service costs for the firms that relax the standards.


The big question now is how many of those prepaid accounts actually can become long-term postpaid accounts. 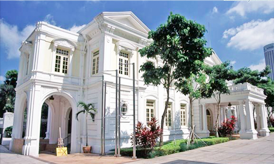