Jeff Bewkes, then Time Warner CEO, in 2010 quipped, referring to Netflix, “Is the Albanian Army going to take over the world? I don’t think so.”


Today, more than 76 percent of 128 million U.S. broadband households take at least one major streaming service (Netflix, Amazon or Hulu) according The Diffusion Group. Another eight percent buy a linear streaming service such as YouTube TV or DirecTV Now.


A Deloitte study found the average streaming household subscribes to three services, and that doesn’t include ad-supported services.
Perhaps more significantly, Netflix has changed the video ecosystem’s business model. Now that Netflix has become the world’s first global television channel, other would-be leading competitors will have to glo global as well. 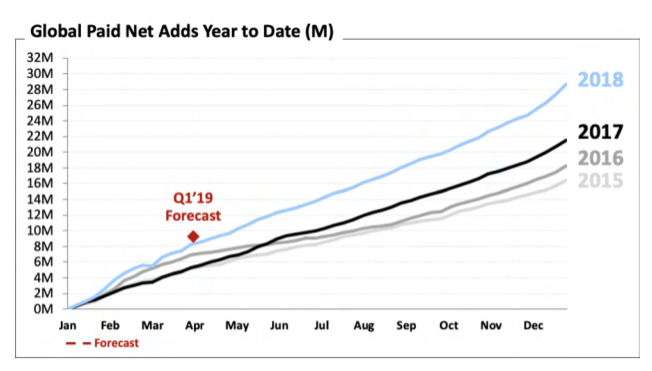 
Competition is coming, though. Netflix, Amazon and Hulu will continue to dominate the U.S. streaming services market, but will face scores of new services launched by broadcasters and content creators. Revenues are forecast to hit $21.22 billion in 2020, up from $16.38 billion in 2017, Ooyala believes.
at January 19, 2019