According to the latest survey conducted by The SIP School, including responses from 374 global end user executives, 48 percent of respondents work for firms that use IP private branch exchanges (business phone systems). Just nine percent report using a hosted voice system, while 35 percent use a mixture of premises phone systems and cloud telephony.


Less than four percent use a digital phone system. 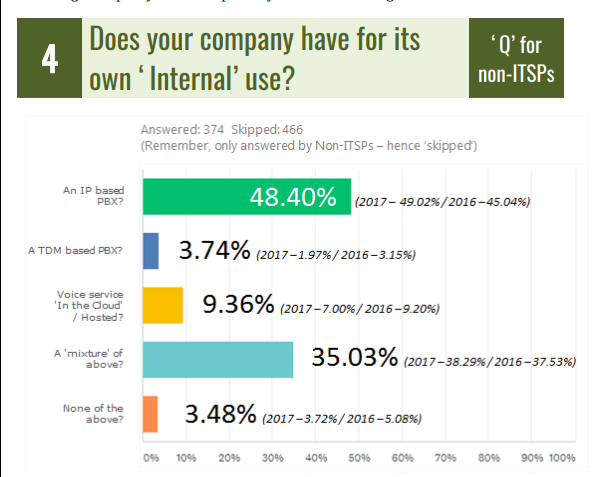 
And if the economics of hosted voice do not change (recurring cost), premises phone systems at larger enterprises might never reach very-high levels.


The reason is simply that although hosted voice total cost of ownership works for the small business and mid-sized organizations in many cases, total cost of ownership still favors the premise-based PBX for larger enterprises, if the actual useful life of the switch is more than five years, even for a call center deployment, where call features are more important than for a typical enterprise.


Small entities might find the hosted solution more affordable for up to 10 years. After that, even a small entity might have a lower total cost of ownership in year 11, by some estimates.


To be sure, small organizations represent the volume of business entities, if not the volume of “seats” or “users.” In principle, most businesses will use cloud voice at some point, if legacy digital voice services are shut down in favor of cloud or hosted voice.


Of perhaps 5.8 million U.S. companies, only about 19,076 have more than 500 employees. But those are the entities most likely to find premises solutions most affordable. The exceptions are those large enterprises with a substantial number of branch and smaller locations or highly-dynamic staffing needs. 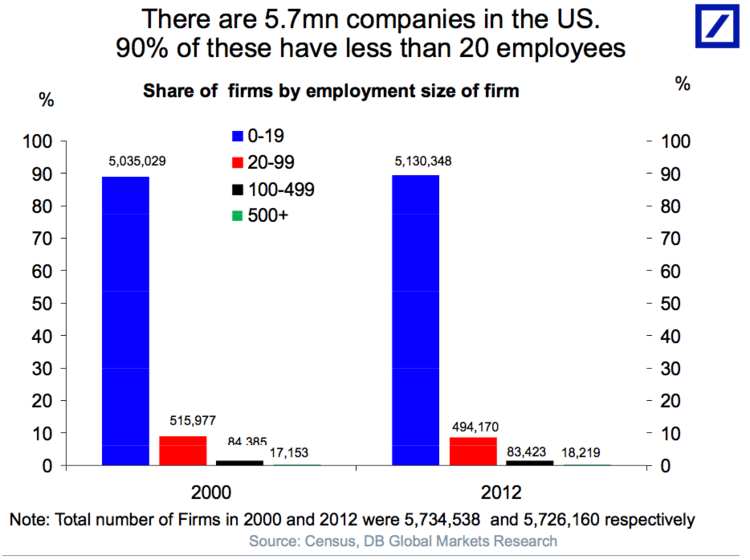 
Results such as these always surprise me, though I admit I do not follow enterprise voice trends (though I used to do so). Had you asked me nearly two decades ago whether business entities (small, medium or enterprise) would have switched mostly to hosted voice by 2020 , I’d have guessed something like 70 percent to 80 percent would have done so, at least in the U.S. market.


It does not appear that has happened. Also,  40 percent global adoption (at least in part) by businesses seems high, though 40 percent adoption might be low for the U.S. market. The SIP School data suggests that perhaps nine percent of respondents only use hosted voice, while 35 percent of hosted voice adopters use a mix of premises and cloud solutions.

Gartner has estimated adoption of cloud-based business voice by perhaps 24 percent of organizations by the end of 2018. That probably includes any mixed-use instance, and likely does not imply 100-percent reliance on cloud voice.


I would still have guessed that adoption in other markets would be different. As I recall, hosted voice adoption still is highest in the United States.


The latest SIP School survey has about 40 percent U.S. respondents, so it is very likely the U.S. hosted voice adoption percentages are higher than the global totals, in terms of how organizations source voice services.


That would be true because hosted voice cost of ownership works for the smaller organization, compared to use of a premises PBX, because small entities represent most businesses, and because U.S. hosted voice adoption historically has been higher than the global adoption rate.


Still, I have been surprised that hosted voice has not been adopted faster. But the economics of a hybrid approach simply remain compelling: premises switches for large locations; cloud for everything else.
at January 27, 2019