According to a new study by BRP Consulting, 19 percent of surveyed retailers now some form of Internet of Things (IoT). Another 36 percent of respondents plan to do so within three years.


Some 23 percent of survey respondents say they already use artificial intelligence and an additional 30 percent plan to do so within three years. 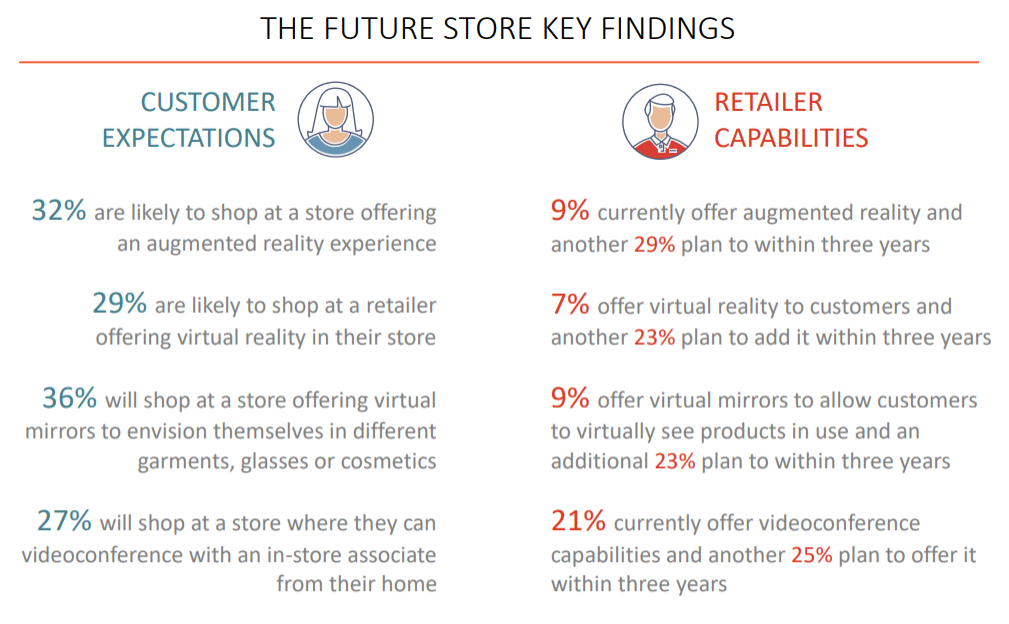 
Enabling this shift to information-based value creation are the falling costs and increasing functionality of sensors.  Sensor prices have tumbled to about 40 cents from $2 in 2006, with bandwidth costs a small fraction of those even five years ago, according to Deloitte researchers.
at January 31, 2019