"New and Improved" Works for 4K, Gigabit Internet Access and Most Other Products


To anticipate an objection, most of us would not object to having a bigger TV screen, with better resolution, even if in fact we do not use such devices in ways that always allow us to take advantage of higher resolution, and so long as there is no price disadvantage when buying such a display.

That is the same sort of issue we often encounter when buying an internet access service. Many consumers buy services that actually do not provide any visible advantage in terms of user experience.

That often holds even for their TVs, which increasingly sport higher-definition modes (4K, for example).


So here is the issue: A TV screen might be capable of displaying 4K content, but that might not help if a consumer’s video inputs or program suppliers do not support 4K resolution. That can be the case for an over-the-air broadcast, a linear video feed or streaming video input.


There is another common scenario as well, where the TV and the input can support 4K, and some 4K content is available, but the viewer is sitting far away that the human eye cannot perceive the higher resolution.


Looking at a 50-inch screen 8K TV screen, the viewer has to sit 1.7 feet from the screen to benefit from the resolution. Keep in mind: that is about the distance most people sit from a PC screen. Few people--if any--are ever going to sit that close to a TV screen.


Many people sit about nine feet away from their TV. You’d need between a 275” and 280” 8K screen to push the optimal viewing distance out to nine feet, some would note.


The optimal distances for a 65” screen are two feet for 8K and 4.3 feet for 4K. How many people will sit that close to a TV screen? Virtually nobody.


If you sit somewhere between these two distances, you will see some, but not all, of the added detail in the 8K image. If you sit 4.3 feet or further from the screen, the 8K and 4K images will look identical and you wasted your money on 8K, experts say.


The human eye, like any lens, cannot infinitely resolve the difference between two lines or two points at any distance. The Reyleigh formula mathematically describes lens resolution. In other words, if you are looking at something very close, you can see many details that are not visible at greater distances.


And distance matters for humans who watch TV, as do screen sizes. Basically, as resolution increases, viewers have to sit closer to screens to see the better resolution images.


And that is where furniture makes a difference. Most people do not actually sit close enough to their TV screens to benefit from higher resolution. And the higher resolution gets--replacing a 1080p screen with 4K, then 8K--the closer one has to sit. 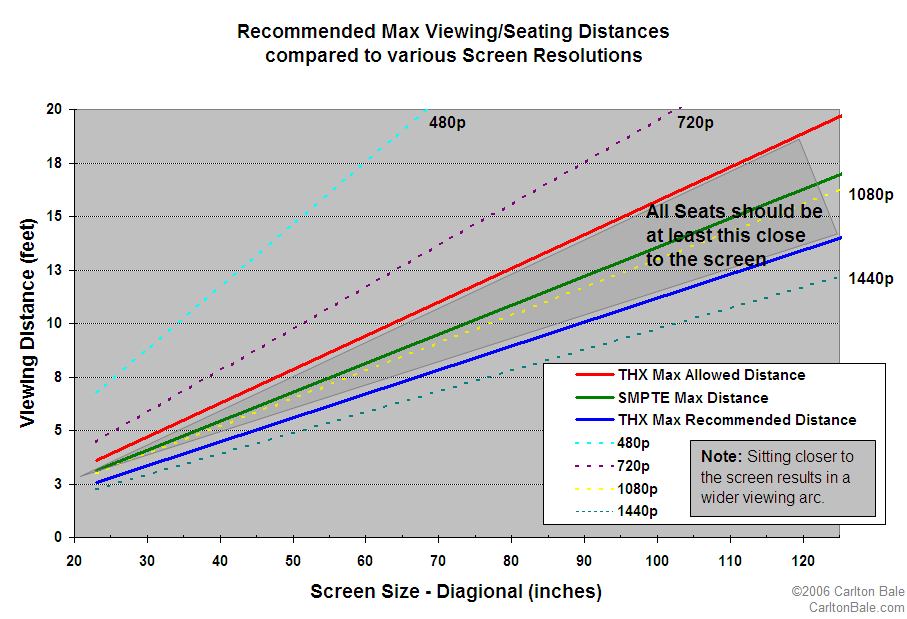 
The optimal viewing distance is the distance at which the eye can resolve all the detail in the image without being able to see the pixels on the screen. Assuming a viewer has 20/20 vision, and is looking at a 50-inch TV screen, the person has to sit 3.2 feet from the screen to benefit from 4K resolution.


Even if the necessary technology was in place to watch and stream 8K, 8K content was plentiful, and prices dropped to reasonable levels, buying an 8K TV would make no sense whatsoever for most people who watch TV in their homes, others argue.


Why not? The human eye cannot resolve the level of detail that’s present in an 8K image at the distance most people sit, or would want to sit, from their TV.


PC monitors and small screens such as smartphones and tablets, on the other hand, are venues where much-better resolution does help. Resolution of 4K does provide benefits on monitors of 20 inches, for people with 20/20 vision.


For the average healthy adult with 20/15 vision, you should be able to easily tell the difference between a 2K and 4K 15.6" screen at a distance of 22 inches.