Soon enough, we will be trying to make predictions about the impact of 5G on fixed network internet access lines, on end user typical speeds, typical retail prices, video entertainment accounts and service provider market shares. It is going to keep us busy, as few trends will be stable.

And platforms really do matter.

It is hard to overemphasize the importance the cable industry has had in driving U.S. internet access services. Cable has been the market share leader since about 2000. Telco fiber to home connections have grown, but growth has been relatively slow. Digital subscriber line has declined, with satellite connections reaching a peak of about three million before seemingly settling back to about two million accounts. 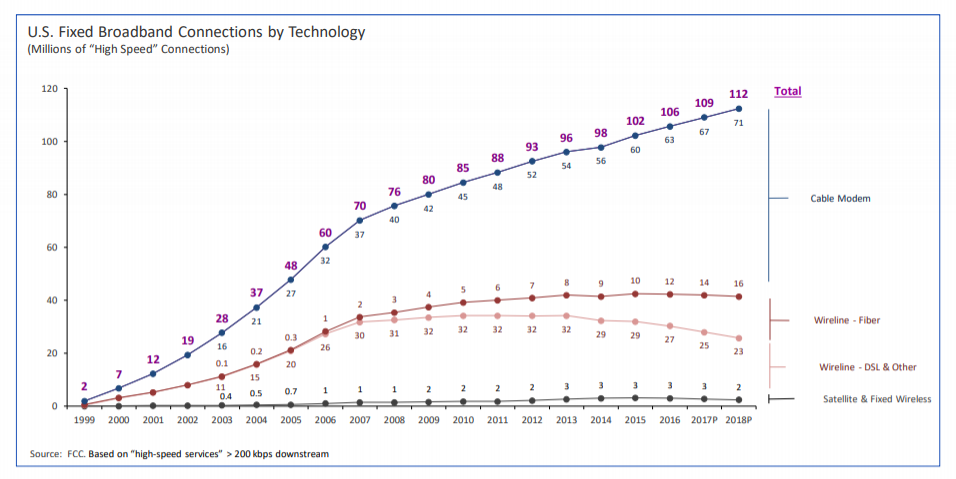 Many of us believe 5G will be a bigger platform innovation that cable's hybrid fiber coax network was.


One basic rule I use when evaluating service provider business models is to assume that tier-one service providers lose about half their current revenue about every 10 years, and therefore have to replace more than that amount of revenue to sustain growth. The rule likely works even for small independent service providers (I haven’t tried to quantify that historically, mostly because I do not have access to enough data). 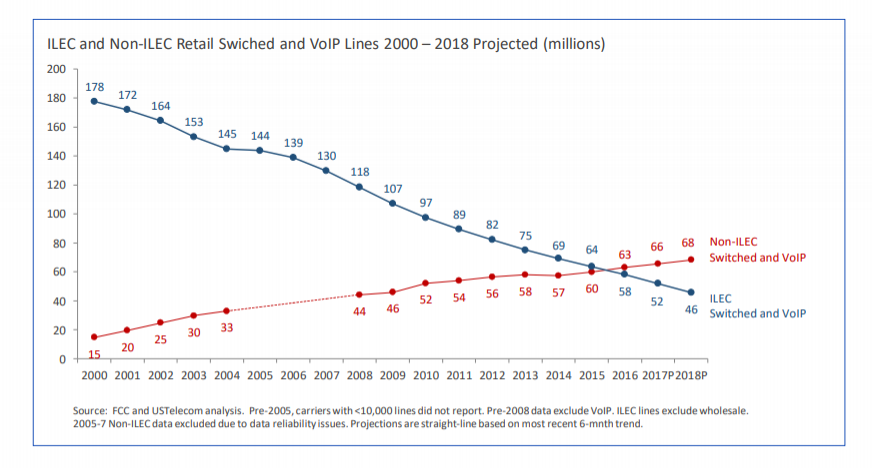 
It is easy enough to quantify what happened in the U.S. voice market. By 2000, mobile already represented about 34 percent of all voice lines, though arguably these were additional to the installed base of fixed network lines.


By 2018, fixed network providers have perhaps 25 percent of total lines, while mobility represents 75 percent of accounts. And in 2018, it is clear that mobile has become a substitute for fixed line voice service. 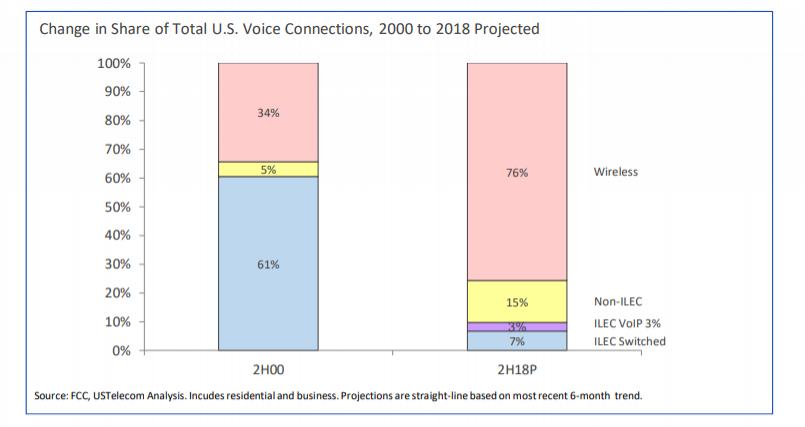 
As 5G is commercialized, we almost certainly will see mobile substitution for fixed network internet access, though it is hard to quantify the amount of change. But voice substitution provides possible guidance.


In the U.S. market, a substantial portion of U.S. consumers now rely exclusively on mobile internet access. In fact, such mobile substitution already represent as much as 20 percent of U.S. households, says the CTIA. In some segments, such substitution might be higher, as much as 35 percent. 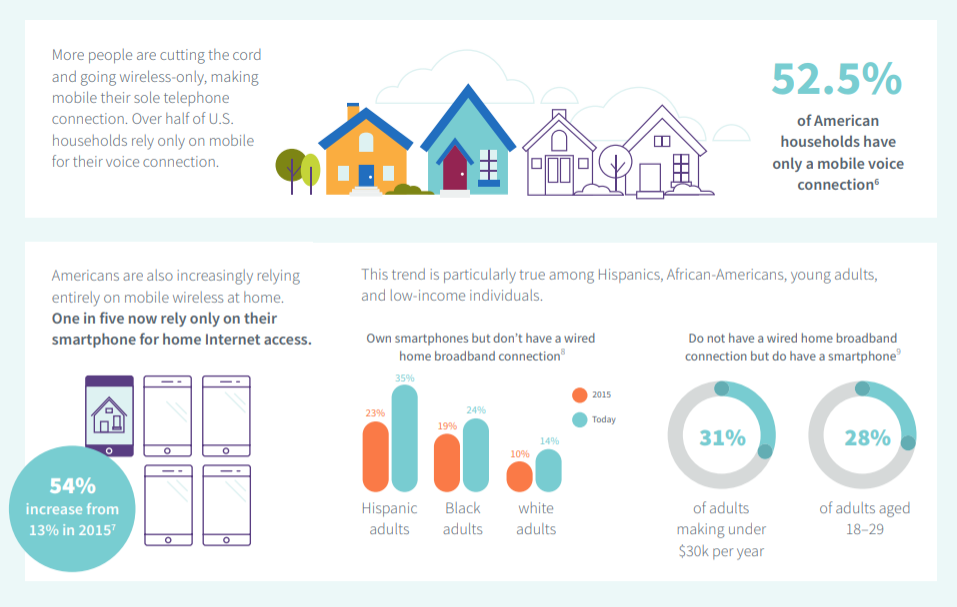 
So one might ask the question of how much further that trend can go, as 5G is commercialized, and major service providers begin to actively market 5G-based services that compete directly with fixed network internet access services.


We already know what happened with voice. The portion of U.S. households that rely on mobile-only  telephone service grew from three percent in 2003 to 53 percent in 2016, US Telecom says, using Federal Communications Commission data.


So it would not be far fetched to suggest that at least half of all existing fixed network internet access connections could eventually be replaced by wireless or mobile alternatives.
at August 16, 2018