How Big a Revenue Boost from LTE?

Whenever a next-generation mobile network replaces an older network, there typically is room for both product substitution that does not dramatically affect total revenues, and incremental revenue lift, initially from higher prices, and later from new services.

Juniper Research forecasts Long Term Evolution network subscribers will double from an estimated 105 million subscribers in 2013 to nearly 220 million in 2014.

What that means in terms of incremental revenue is less clear, though many service providers are using the LTE rollout as an opportunity to raise data plan prices. In many markets, 4G data plans will simply cannibalize 3G plans, with some incremental revenue lift if operators are able to charge a 4G pricing premium.

That might be more the case in developing markets, where 3G cost premiums over 2G rates were quite significant.

But market conditions might lessen the amount of price premium possible in particular markets. In many markets, 4G tariffs had to be lowered, or usage buckets increased, while price remained constant,  because of market conditions.

And some competitors have simply chosen not to charge a premium for LTE access.

In some cases, consumers think the 4G prices are too high. 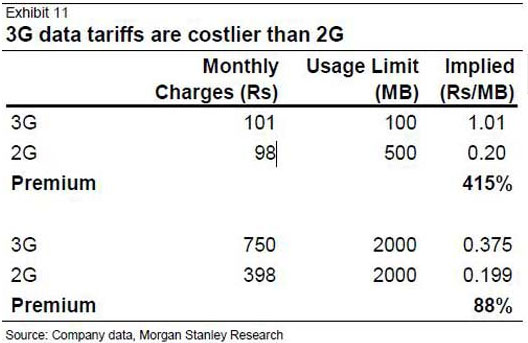 That is not to say new applications are unimportant. It might turn out that revenue lift occurs for indirect reasons, such as users consuming more mobile data as appetites for mobile video entertainment consumption continue to grow.

It also is possible more consumers will start using tethering features for their tablets and PCs, which likewise will increase consumption. The point is that, even in the absence of new apps, mobile service providers should see incremental revenue from 4G.

But the “gross revenue” figures we will be seeing will have to be weighed against the cannibalization of 3G data revenues.

“To some extent, 4G may not impact mobile innovation the way 3G did,” observes Dan Hays, PwC US Wireless Advisory Leader. “We may be more likely to see second order effects from 4G rather than new things enabled by the technology itself.”

“I believe 4G will enable operators to deliver a more consistent experience, more ubiquitously,
at a lower cost and allow them to make money and stay in business,” said Hays. That sounds a bit like the upside from fiber to home networks.

There is some revenue upside, particularly from video entertainment services. But much of the benefit comes from “future proofing” or lower operating and repair costs. Lower costs per bit is one advantage, for example.
at May 20, 2013