60% of All Internet Devices Exchange Traffic with Google Every Day

About 60 percent of all Internet end devices and end users exchange traffic with Google servers during the course of an average day, according to Deepfield.  In 2010, Google represented just six percent of Internet traffic.


In the summer of 2013, Google accounted for nearly 25 percent of Internet traffic on average. Perhaps as significantly, Google has deployed thousands of Google servers  (Google Global Cache) in Internet service provider operations around the world, accelerating performance and improving end user experience.


Aside from all the other things that presence could mean, one might argue that Google might be able to leverage all of that to better compete with Amazon Web Services, the clear market leader in the cloud infrastructure business. 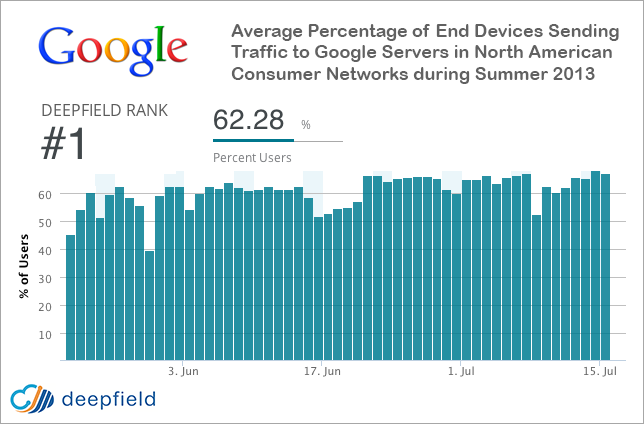 Mid-2013 research by Synergy Research Group  indicated Amazon Web Services (AWS) had 27 percent market share of the infrastructure as a service and platform as a service segments of the cloud computing business.


AT&T and Verizon each had about two percent share. The question is what any of the other contenders can do to catch up to AWS. Some might argue Google is the firm best positioned to leverage other assets in that regard. 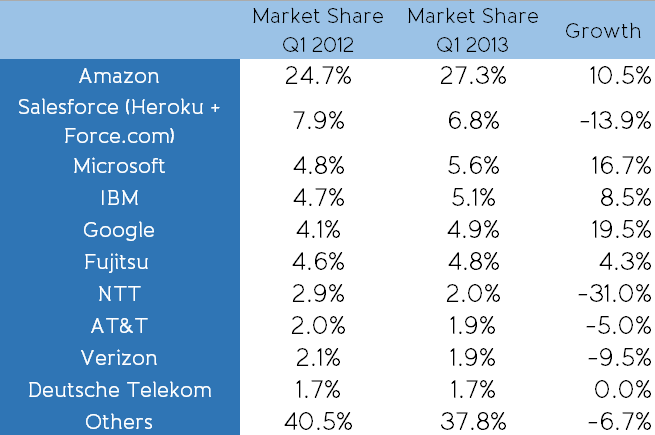 By some estimates, since 2005, Google has spent $20.9 billion on its infrastructrure. Microsoft has invested about  $18 billion and Amazon about $12 billion. 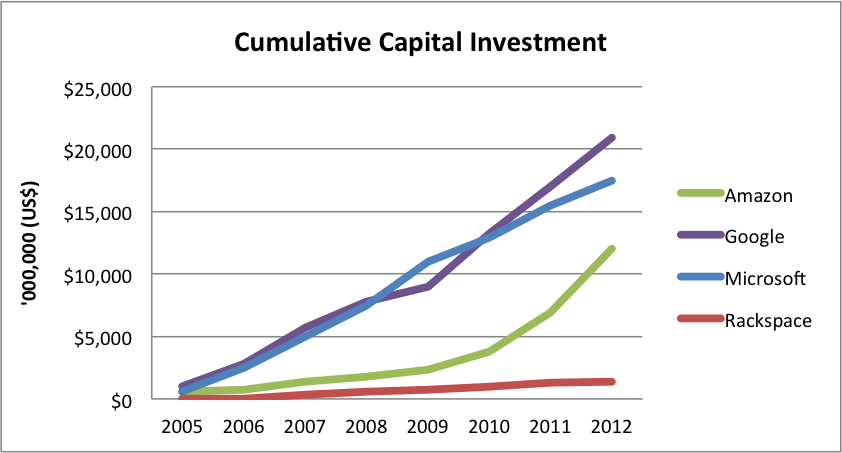