Millennials Watch Lots of "TV," Just Not So Much on TVs 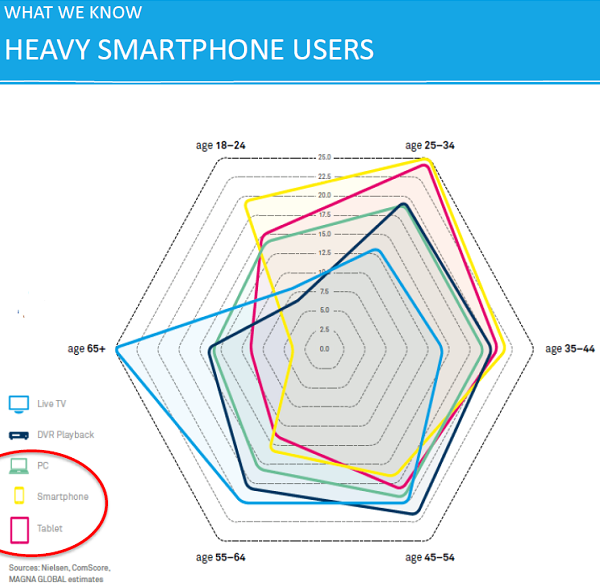 Though some studies indicate that Millennials watch less linear TV than older consumers, some research suggests they consume more video, just not on linear TV services, a study sponsored by YuMe suggests.


Over a recent three-year period, Millennial women watched about 10 percent less linear TV since 2010, while Millennial males who dropped TV usage seven percent since 2010. The YuMe survey used an 18-24-year-old group (born in 1989-2000) as the “Millennial” definition, a narrower definition of Millennials than others would use.


Millennials also use their smartphone and tablets more than any other demographic, for the purpose of watching video. Also, Millennials did not use digital video recorder features at all, YuMe suggests. 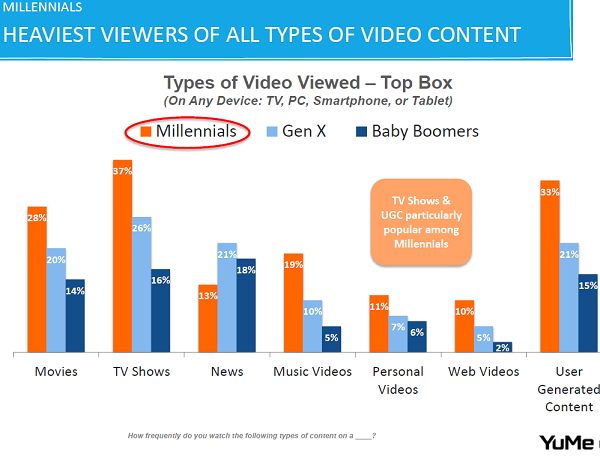