Majority of Mobile Data Will be on Wi-Fi by 2018 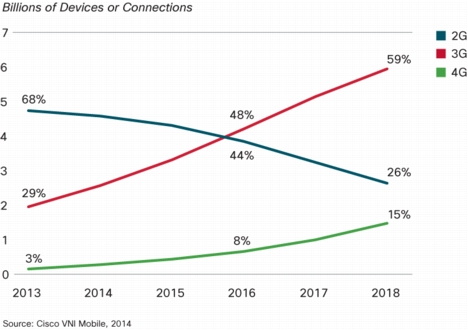 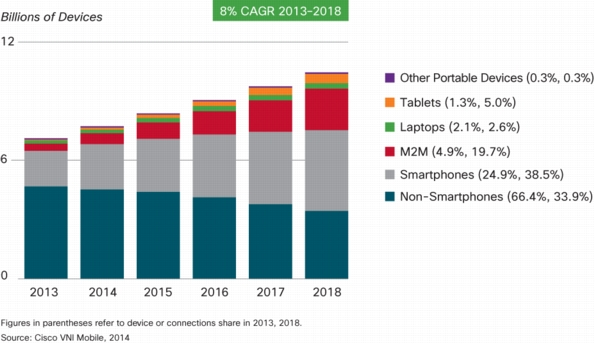 By 2018, more mobile handset data will be delivered by Wi-Fi than the mobile network, Cisco predicts. Globally, 45 percent of total mobile data traffic was offloaded onto the fixed network using Wi-Fi or a femtocell in 2013.


Without offload mechanisms, mobile data traffic would have grown 98 percent rather than 81 percent in 2013, according to Cisco.

And as is the case at present, 3G still will be the leading mobile broadband network in 2018.

Most users will find they cannot watch much video on their mobile devices, using their mobile data plans, before exceeding usage limits. So there will be a clear incentive to shift video consumption to Wi-Fi networks.

Another important indicator of change is the amount of predicted machine-to-machine traffic.
By 2015, M2M traffic will surpass feature phone traffic, according to the Cisco’s Visual Networking Index (VNI) Global Mobile Forecast, 2013-2018.