Marketing War is Only the Prelude: U.S. Mobile Revenues Will Decline by 2018

Among developed markets, the U.S. mobile industry has been a revenue bright spot for several years, growing where revenue has been dropping in Western Europe, for example. For several reasons, that is likely to change.


For starters, some forecasters have argued that even global mobile revenue will start to drop, beginning about 2018. Ovum, for example,  forecasts mobile operators will face global revenue decline by 2018 for the first time in mobile industry history.


Africa and Asia will be the exceptions. Africa will grow at a CAGR of 4.2 percent. Parts of Asia-Pacific and Latin American regions will see growth as well, Ovum predicts.


Overall, global connections will grow by by less than four  percent compounded annually between 2012 and 2018, while global revenues will grow at less than half that rate.


According to Ovum, global mobile connections will grow from 6.5 billion in 2012 to reach 8.1 billion by 2018, while annual mobile service revenues will rise from US$968 billion to US$1.1 trillion.


However, global service revenues will contract in 2018 for the first time in the history of the mobile industry, declining from 2017 levels by one percent or US$7.8 billion, Ovum predicts.


Connections in Western Europe will grow by less than one percent, compounded annually,  while revenues will decline at a CAGR of 1.48 percent, said Sara Kaufman, Ovum analyst.


The U.S. market also will decline by about one percent in 2018.


Much of the revenue decline will be driven by falling ARPU, which will continue to decline across all markets by a 2.7 percent global CAGR between 2012 and 2018, says Kaufman.


One might argue that the current mobile marketing war will be part of the reason revenue decline begins. 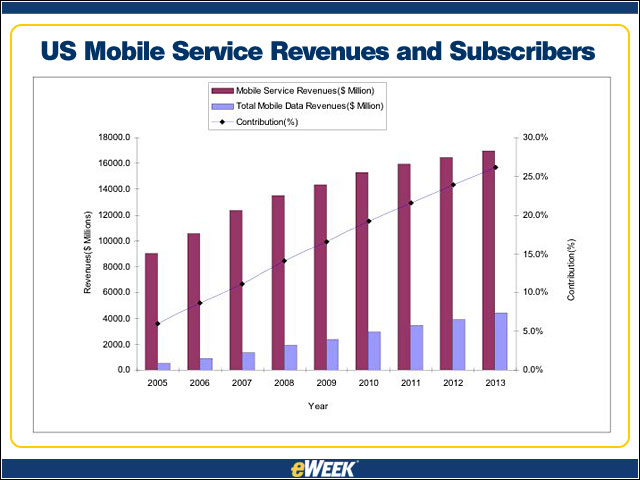 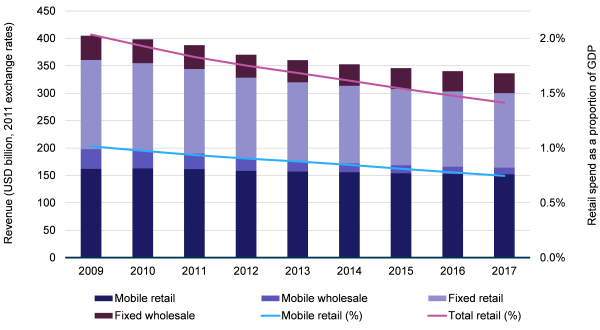 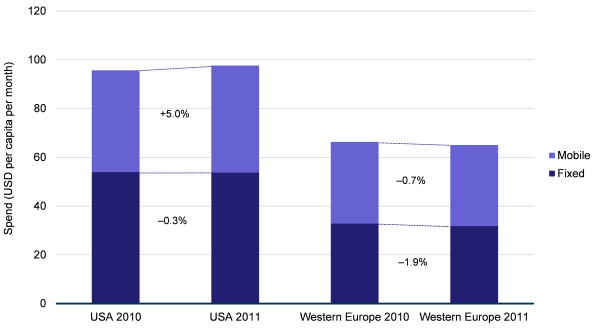