For observers trying to ascertain what might happen to competition, investment and innovation in the U.S. mobile market, if the market consolidates to three leading providers, instead of four, Canada provides some data, but probably not so much predictive value.


In Canada, a market many observers think similar enough to the United States to use categories like “North America,” there are three leading mobile providers, where in the U.S. market there are four leading providers.


In the fourth quarter of 2013, Rogers Wireless was the largest of Canada’s three primary mobile service providers, with 9.5 million mobile phone subscribers.


Consider the anomaly: in the U.S. market, no entity with strong “cable TV” roots is among the four leaders. Rogers began life as a cable TV operator.


That might lead to a conclusion that U.S. market trends will converge on the Canadian model, in terms of prices, innovation and investment.


With the caveat that comparing prices across nations and regions always is difficult, it might be accurate to say that Canadian prices are better than U.S. prices on the lower end, while U.S. plans tend to be better on the higher end (smartphone packages with lots of Internet data).


J.D. Power and Associates in May 2013 reported that more than half of mobile users in Canada did not have a data plan in March 2013, likely due to high prices. On the other hand, the market might already be changing.


Specifically, the new rules enabled consumers to break their contract without cancellation fees after two years and capped operator charges for data and roaming. 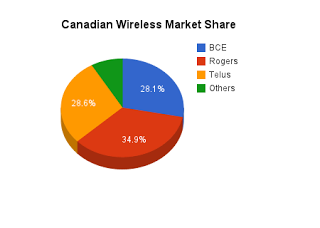 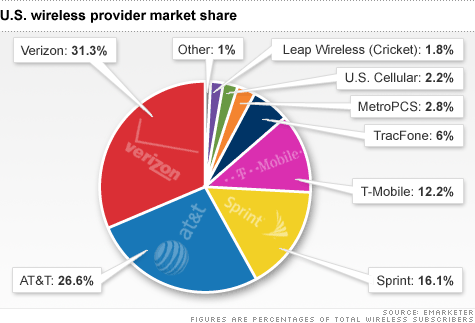 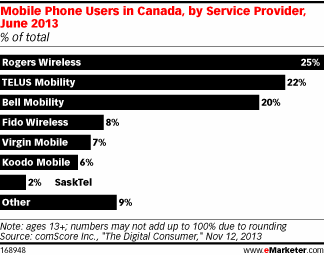 But the U.S. and Canadian markets are different in some key ways. For starters, the U.S. now is seen as a global leader in Long Term Evolution deployment, device innovation, use of Internet apps and processes, as well as software innovation.


Whether there are three or four leading mobile providers will not affect those other important trends.


Also, new competitors also are lining up to enter the market, unlike the Canadian case. Dish Network and some consortium of U.S. cable operators, lead by Comcast, are expected.


In other words, Canada’s current market structure likely does not represent what might happen in the U.S. market, if consolidation happens among the leadership ranks.


There are other reasons why investment and innovation, as well as consumer welfare, are higher in the U.S. market, even if mobile service provider prices do not seem to paint that picture.


In large part, high use of mobile data services, and the expected impact of video consumption, virtually forced U.S. operators to invest in 4G, to gain both capacity and efficiency.


Every communications market can be unique in some ways. But comparisons with the U.S. market that look only at prices fail to capture the other dynamics at work.


Convergence around LTE, for example, unifies air interface standards for the first time, creating bigger and more efficient markets for infrastructure and handset products, for example. It is true that Canadian operators have the same division between GSM and CDMA air interfaces.


But the scale of U.S. networks, compared to Canadian networks, means vastly more upside is obtained by unifying all air interfaces around LTE.


At least impressionistically, one might argue the Canadian mobile market illustrates why robust competition is not likely when there are only three leading national providers.

That probably is not a reasonable comparison.
at May 31, 2014