It is hard to say whether lack of familiarity, convenience. security, habits, cost or other “perceived value” issues are the key barriers to wider use of mobile wallets by consumers.


It might be simple enough to argue that consumers still do not understand what a mobile wallet is. Even for consumers who understand the concept, the practical use of a mobile wallet might yet represent major inconvenience, given the fragmentation of suppliers and retail partners that means no consumers can be sure where they can use their mobile wallets.


All that was to be expected. Products such as tablets can reach significant penetration rather quickly because the rest of the infrastructure, including widespread Wi-Fi, apps, end user behavior, business models, quality broadband (at least for purposes of supporting video apps, a key tablet app) and even familiarity with the touch interface are established.


Looking only at near field communications, most of the infrastructure has to be created, from handsets to apps to networks to retailer adoption and terminal upgrades or replacement. Other ways of handling communications between mobile payment apps and devices with retailer terminals can be used.


But illustrates the fragmentation problem. Not only are there numerous suppliers, but rival technology approaches and retailer networks are at an early stage.


For that reason, it might take as much as a decade or more before there is significant penetration, even after consumers start to see real value. That pattern is not unusual.


Even a decade after banks introduced the capability, only about 30 percent of bank customers 65 or older used automated teller machine cards, even if 70 percent of users younger than that adopted the habit of using ATM cards. 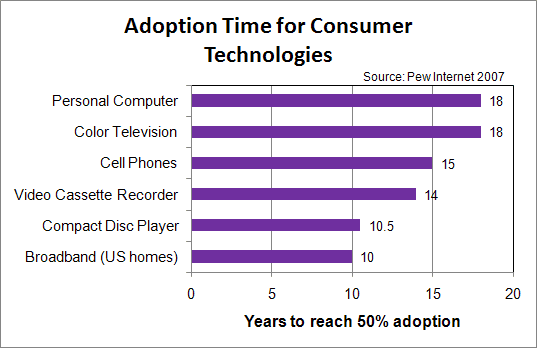 
To be sure, though some studies suggest that at least half of smartphone owners are familiar with the concept of mobile wallets, it is possible awareness is less than that. Also, in addition to fragmentation and therefore inconvenience, the value proposition is therefore limited.


For example, some argue that consumers want more than just the ability to pay for things using their mobile wallets.


Of 500 consumers surveyed in a TSYS mobile wallet survey, the top three ranking contents of today’s physical wallet were the driver’s license, payments cards, and insurance cards, in that order.


Of those surveyed by TSYS, 55 percent said they would like their driver’s license available as part of their mobile wallet service. Obviously, there are institutional barriers to that one particular desire.


So in order to fully make the switch and ditch the physical wallet, these essential components need to be added to the mobile wallet. In fact, 47 percent of consumers surveyed said that they would use mobile wallets more if they contained everything in their physical wallet.


The point is simply that mobile wallets are going to take some time to reach mass adoption levels. 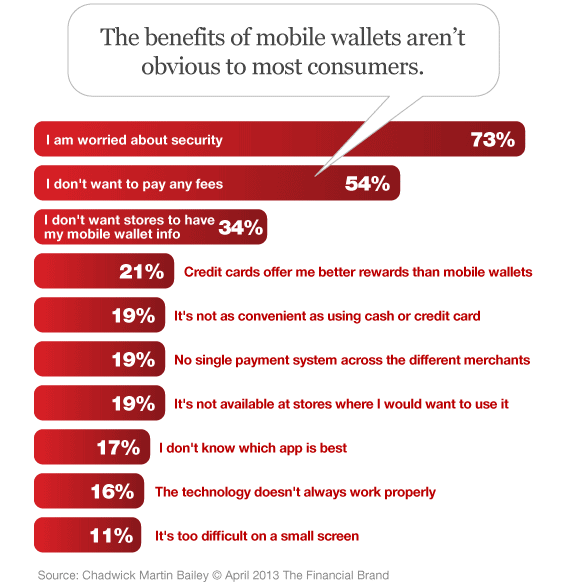 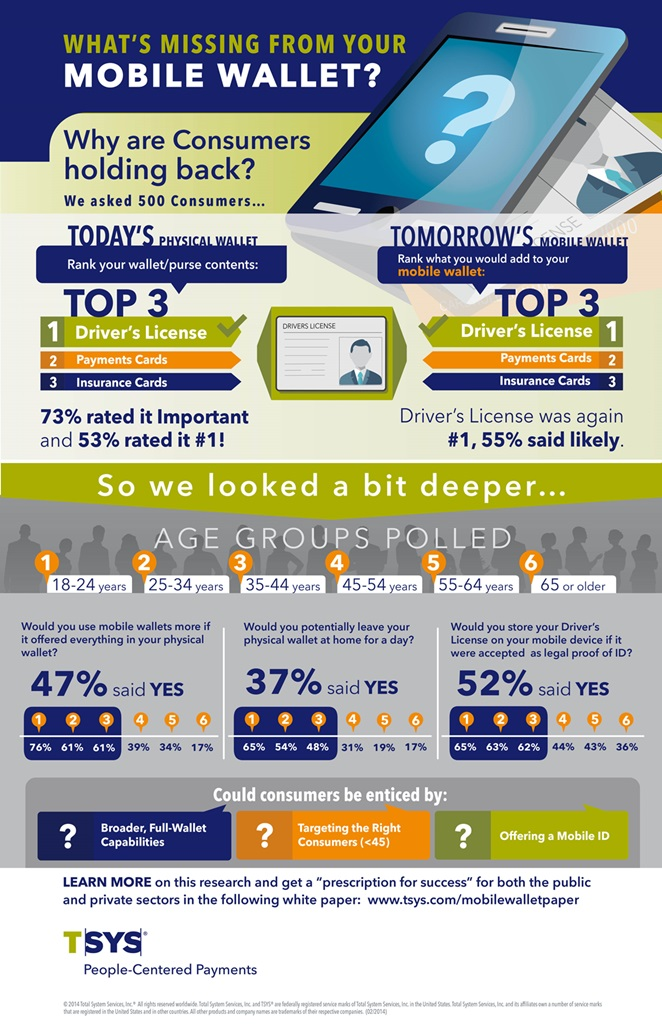