Regulatory Incongruity Grows, Net Neutrality is But One Example

As the barriers between industries become porous, so too do inconsistencies in regulation. To cite only one example, incumbent telcos are regulated much more stringently than cable TV companies, ISPs and satellite providers of similar services. Competitive local exchange carriers are regulated differently from incumbent telcos.

And over the top apps are lightly regulated, to the extent there is any regulation at all.

So one key principle--equal treatment of suppliers of similar services--has grown incongruous.

The separation of network access from application access (over the top Internet applications can be used on any network; apps can be offloaded to third party networks using Wi-Fi) have huge implications for app providers, cable TV, satellite and telephone service providers alike.

The most-important implication is that revenue shifts. It is possible to buy video entertainment, voice services and messaging from different providers than the entity providing the “access” connection.

That is similar to the revenue shifts that have transformed the newspaper, book publishing and music industries, for example. If one assumes that, over the long term, revenue follows audiences, there is more damage to come.

Coincidentally, that $17 billion is almost exactly the same amount that Google made last year from advertising in the United States, according to eMarketer.

It is impressionistic, not directly causal, but revenue might be said to have shifted from print to online in an almost direct fashion. 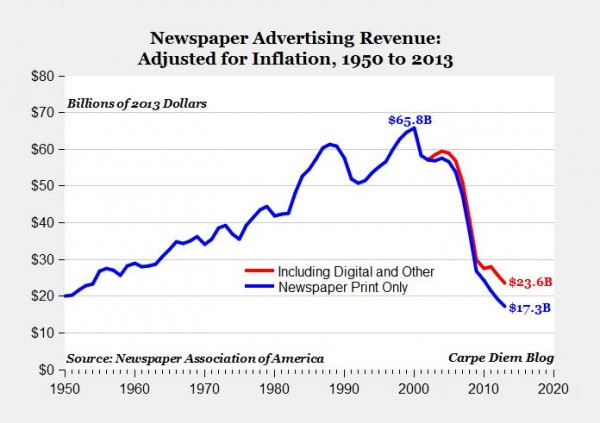 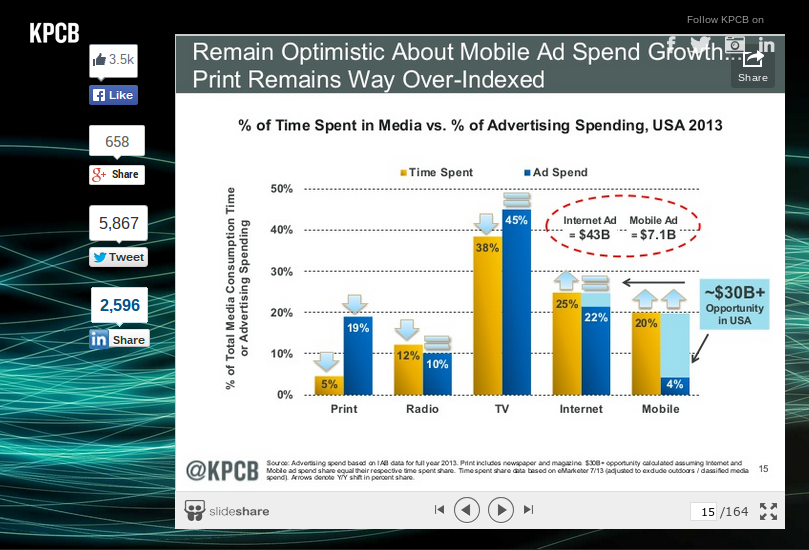 That, fundamentally, lies at the heart of the network neutrality debate, in several ways. Access providers are trying to create new features and services that generate revenue to replace what is lost to OTT providers.

App providers want to avoid any such measures that increase their operating costs. Whatever the public policy arguments, there are direct revenue implications for access and app providers who are parties in the debate.

As the regulatory framework for U.S. network neutrality is considered by the Federal Communications Commission and potentially, Congress, there are some advocates of applying common carrier regulation to Internet access services.

John Strand, Strand Consult principal, thinks the argument also can be made that over the top application providers should be regulated in the same way as facilities-based access providers, at least when providing applications or services that are functionally the same as those provided by access providers.

National telecom regulators still discriminate against access providers by subjecting them to strict requirements while allowing companies such as Google, Apple, Microsoft, Facebook, and Netflix to operate with free rein and without regulation to sell services that traditionally have been subject to strict government control, Strand argues.

Over the top (OTT) providers offer many of the same services as traditional providers including linear video entertainment, video on demand, messaging, mail, hosting, and a range of national and international voice-related services.

One way to address the problem would be to create a level playing field:  removing the regulations and obligations that access providers face so that they can compete freely and fairly with OTTs, Strand argues.

There are two fundamental approaches: deregulate existing providers or apply the existing rules to new providers.

The volume of voice, video and message traffic delivered by OTTs now exceeds the level of most telecom providers.

The OTT share of the total revenue of the industry is increasing while they pay very little tax, support little local employment, and do not support network investment outside of their own proprietary servers and data centers, Strand argues.

In that regard, net neutrality essentially is anti-competitive and anti-innovation, Strand argues.

To be sure, the very structure of the Open Systems Interconnect model, and the way modern software works, is that the application layer is fundamentally separated from the physical and data link layers that make up the “access network.”
at May 30, 2014