No Convenient Way to Measure Internet of Things Adoption

Technology hype cycles are notoriously predictable. Gartner's 2013 "Hype Cycle" shows the “Internet of Things” reaching the peak of the hype cycle, which suggests it will be a decade before the technology has matured enough to provide demonstrable end user and business value.


Some might argue the Internet of Things encompasses so many different trends that no single curve exists, though.


In fact, Gartner itself identifies six distinct trends, all of which fall within the broad concept of the Internet of Things, or connected machines, sensors and appliances.


But drones and robotics also represent a second trend, where machines replace humans, and use Internet communications and software to function.


That might include virtual customer service agents, autonomous vehicles, mobile robots and virtual assistants of many types.


But trends related to the human interface with machines also will be important parts of the Internet of Things trend. We often call this a process of making processes “context aware.”


Context-aware interactions, such as displaying an operational report for the location closest to the user are one example.


Better understanding customers, such as gauging consumer sentiment for a new product line by analyzing Facebook postings, might be another example.


As machines get smarter and start automating more human tasks, humans will need to trust the machines and feel safe. So the Internet of things will provide increased visibility into how machines are operating and the environmental situation they are operating in.


Uber, for example, recently announced new support from AT&T to support its service, one example of how IoT plays out in concrete ecosystems. But that concrete instance also illustrates how hard it will be to accurately track IoT acceptance.


IoT is not a single industry, a single process or application that one can track easily. In some ways, that resembles the similar problem of tracking adoption of Internet-enabled processes, apps, revenue streams, business models and industries.

One cannot track what one cannot measure, in a meaningful way. As always happens, parts of existing businesses, products, apps and revenue streams are going to be described as "Internet of Things."

But that will obscure as much as it clarifies. 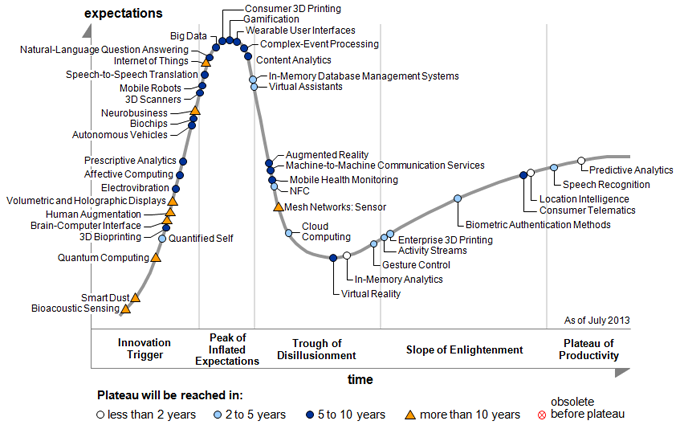