These days, as networks and apps are more virtualized, the old definitions do not always work. Consider the wide area networks.


These days, it likely is the case that more than a third of all traffic moving across wide area networks does so on a “private” (enterprise owned) network, and not over the “public WAN.” In some cases the private percentage can be as high as 70 percent.


“Now networks are being built by hyperscalers,” says Tim Stronge, TeleGeography VP. That is a historic change.


On Latin American routes, about 70 percent of total traffic now moves over private networks. In other words, only about 30 percent of undersea, long haul traffic actually is sold to customers who use “public” networks,  according to Erick Contag, Globenet CEO.On trans-Pacific routes, OTT app providers also are driving demand, accounting for about 33 percent of lit demand on the “public” networks, says Jonathan Kriegel, CEO Docomo Pacific.


Some of the WAN is private, some is public.


Just as important, as applications increasingly are virtualized, transport and access functions are virtualized as well. Transport and access happens, in a physical sense. But it is less certain, at any given time, whether those assets are public, private or shared. It is never so clear whether a particular function is “access” or “local distribution,” as used to be the case decades ago when local area networks (private) become important and widespread. 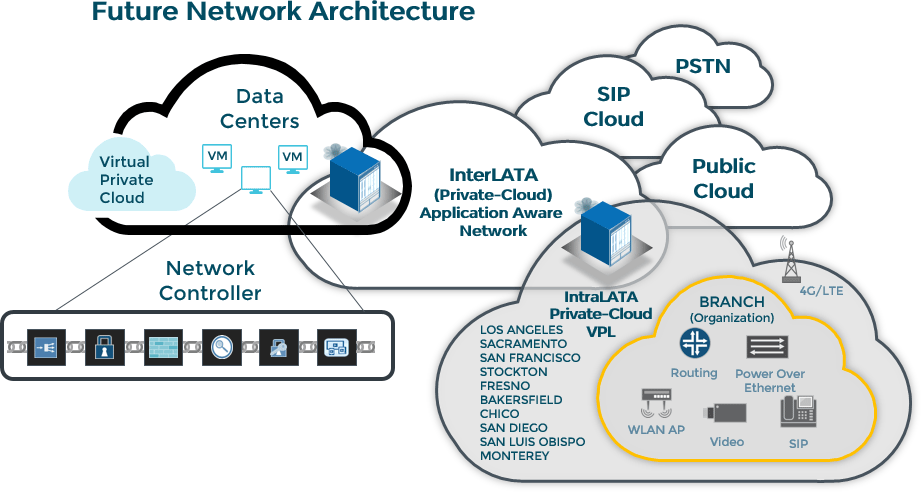 
These days, “access” sort of depends on the situation. The best example is public Wi-Fi, or private Wi-Fi used by visitors or guests in a private residence.


When a consumer uses his or her own Wi-Fi, it still is possible to differentiate clearly between private and public portions of that network. The public network access supplies the internet access; the Wi-Fi the in-home signal distribution.


When third party users connect to a Wi-Fi hotspot, their “access” connection is the Wi-Fi, not the “access network.” That remains true whether the access is free of charge or the consumer has a subscription that grants Wi-Fi access.


For U.S. customers served by Comcast and others, being an internet access customer at any one location includes, as part of the service, access to all other homespots (the public side of each customer’s home internet access connection).


So when “roaming” outside the home, Comcast customers can connect to Xfinity homespot networks in a way that makes Wi-Fi the “access.”


It is even more complicated than that. Consider content streaming. From a logical standpoint, content delivery services such as BAMTech and Quickplay are the delivery infrastructure, even if, at a physical level, both require an internet connection of some type.


For content owners using delivery services such as BAMTech and Quickplay, customers”bring their own broadband.”


The historic importance of “public” and “private” parts of networking was that customers owned the private assets, while service providers owned the “public” parts of the infrastructure. These days, the distinction is never so clear cut. True, at the physical level, a consumer or enterprise might deploy private Wi-Fi assets while buying public access.


But there now is a difference between “users” and “customers,” and status changes dynamically. At the location where I have a Comcast internet access service, I am a customer. When roaming on the Xfinity network elsewhere, I am a user. When I use amenity Wi-Fi at a hotel, I am only a user. The venue is the “customer.”


That is not to deny the physical necessity of “access” facilities, whatever the direct (entity buying the access connection) and indirect relationships (users of those connections).


And it may no longer matter what the difference is between narrowband and broadband, but only what consumers consider “market standard” or “minimally viable” speeds and capacity. That is an ever-evolving figure.


The point is that anybody who studied the architecture of networking before local area networking, before the cloud, before Wi-Fi, before the internet and before different access platforms developed, would clearly understand how diffuse and porous networking concepts have gotten.
at August 15, 2017