For some, it might be clear that the Microsoft antitrust action lead directly to the rise of Google and Facebook. Others are not so sure. Some argue the Telecommunications Act of 1996 “succeeded” in bringing innovation and competition to the U.S. telecom market. Others might argue most of the change came from mobile and internet sources.


Those precedents are more relevant today, now that calls are made for antitrust action against Google and Facebook.


The problem, some might argue, is that it is not entirely clear that any of those earlier “pro-competitive” actions actually were the drivers of innovation and new competition.


There arguably remains significant disagreement about the actual effect of the antitrust action against Microsoft, which prohibited Microsoft from bundling its browser with its operating system. Some argue the action created the climate that lead Google and Facebook to emerge. Others dispute that notion.


That does not mean claims raised by would-be competitors to Google and Facebook are irrelevant. The problem is that we cannot be sure the arguments about stifled innovation are correct.


In some part, firms that say they want to challenge Google and Facebook simply do not get funding. That does not mean either Google or Facebook are stifling innovation. It does mean that potential investors are doing so.


Much will ultimately hinge on what new end user demand could develop in the future, and whether that demand emerges in new ways. Some might argue that the Microsoft antitrust action “failed,” rather than succeeded, as control of the browser has failed to have unique value-creating power.


Others will argue that it was precisely the blocking of any tying of Internet Explorer with Windows that allowed Google to emerge, even if Google’s rise was based on search, not its command of the browser market.


Others would point to Chrome browser share and argue that preventing the tying of Windows to Internet Explorer did, in fact, lead to Google Chrome market share dominance. The issue is “why” Chrome rose to dominance. 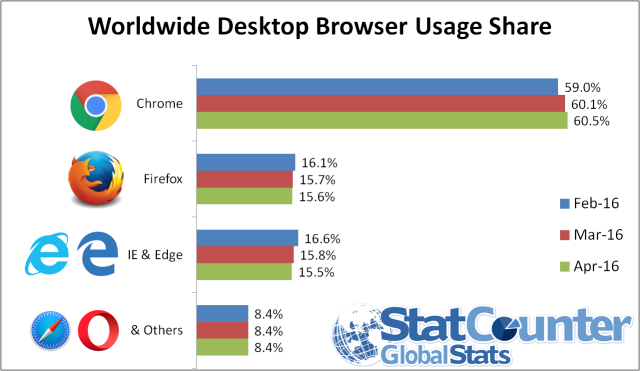 
These big regulatory changes are not science experiments. We cannot claim that correlation is causation. It is not completely clear that Google and Facebook rose for reasons directly related to Microsoft antitrust.


The internet “changed everything,” including the relative value of app, platform and device products. Some would argue that Chrome won out because it was a superior product to Internet Explorer.


There are arguments to be made about creating incentives for more innovation in a market where a few providers have such dominance. Regulators rightly believe they can play a role.


Barring a big business from growing in new areas is an almost-certain prescription for producing a slower-growth profile for the proscribed businesses. That might, or might not, aid other new firms in rising to dominance in new categories.


What remains unclear is whether, in markets with scale effects (ad-supported business models, for example), the emergence of scale leaders is inevitable. Our choice could well be scale leaders in more categories, but not an end to scale leaders.
at May 21, 2018