The most-startling strategic assumption ever made by Bill Gates was his belief that horrendously-expensive computing hardware would eventually be so low cost that he could build his own business on software for ubiquitous devices. .


How startling was the assumption? Consider that, In constant dollar terms, the computing power of an Apple iPad 2, when Microsoft was founded in 1975, would have cost between US$100 million and $10 billion. 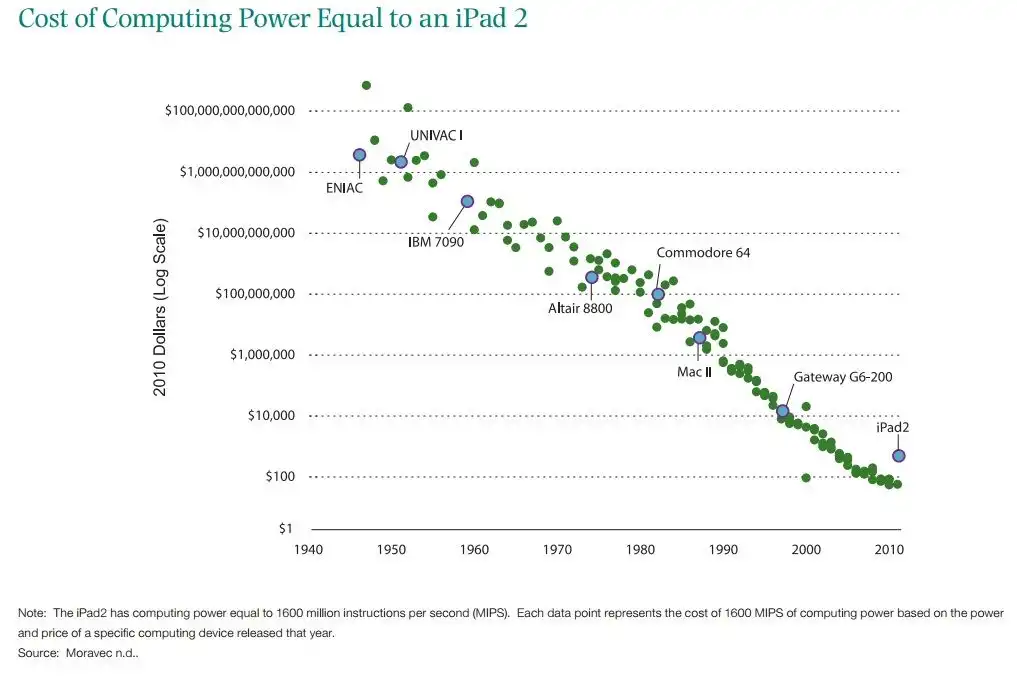 
The point is that the assumption by Gates that computing operations would be so cheap was an astounding leap. But my guess is that Gates understood Moore’s Law in a way that the rest of us did not.


Reed Hastings, Netflix founder, apparently made a similar decision. For Bill Gates, the insight that free computing would be a reality meant he should build his business on software used by computers.


Reed Hastings came to the same conclusion as he looked at bandwidth trends in terms both of capacity and prices. At a time when dial-up modems were running at 56 kbps, Hastings extrapolated from Moore's Law to understand where bandwidth would be in the future, not where it was “right now.”


“We took out our spreadsheets and we figured we’d get 14 megabits per second to the home by 2012, which turns out is about what we will get,” says Reed Hastings, Netflix CEO. “If you drag it out to 2021, we will all have a gigabit to the home." So far, internet access speeds have increased at just about those rates.


As frightening as it might be for executives and shareholders in the telecommunications industry, a bedrock assumption of mine about dynamics in the industry is that, over time, retail prices for connectivity services also will trend towards zero.


“Near-zero pricing” does not mean absolute zero (free), but only prices so low there is no practical constraint to using the services, just as prices of computing appliances trend towards lower prices over time, without reaching actual “zero.” 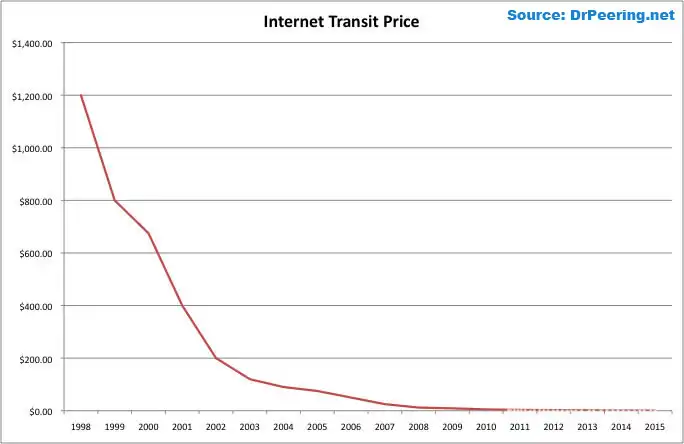 
Communications capacity might not be driven directly by Moore’s Law, but it is affected, as chipsets power optical transmitters, receivers, power antenna arrays, switches, routers and all other active elements used by communications networks.


Also, at least some internet access providers--especially Comcast--have been increasing internet access bandwidth  in recent years almost directly in line with what Moore’s Law would predict.


If that is the case, the long-term trend should be that speed doubles about every 18 months. Service providers have choices about what to do, but generally try and hold prices the same while doubling the speed at that same price (much as PC manufacturers have done).


In that case, what changes is cost-per-bit, rather than posted price. But an argument can be made that actual retail prices actually have dropped, as well. According to the U.S. Bureau of Labor Statistics, prices for internet services and electronic information providers were 22 percent lower in 2018 versus 2000.


That is not always so obvious for any number of reasons. Disguised discounting happens when customers buy service bundles. In such cases, posted prices for stand-alone services are one thing; the effective prices people pay something else.


Also, it matters which packages people actually buy, not simply what suppliers advertise. Customers do have the ability to buy faster or slower services, with varying prices. So even when posted prices rise, most people do not buy those tiers of service.


And promotional pricing also plays a role. It is quite routine to find discounted prices offered for as much as a year.


The point is that, taking into account all discounting methods and buyer habits, what people pay for internet access has arguably declined, even when they are buying more usage. 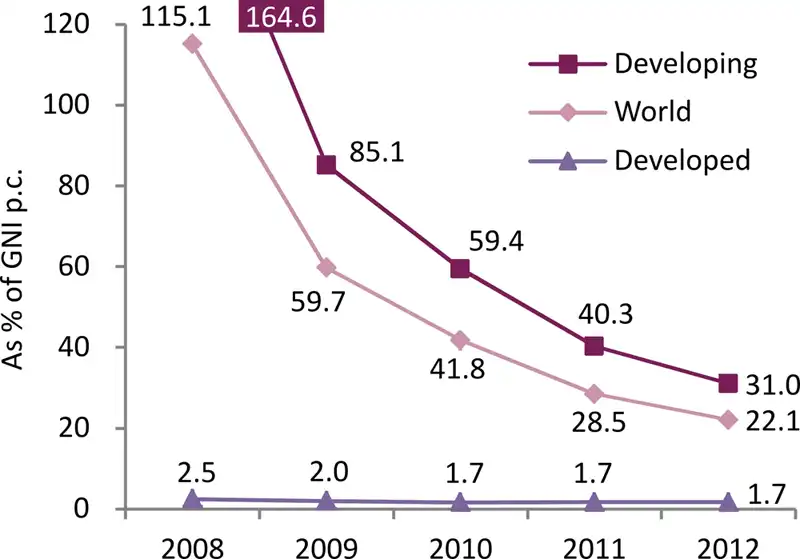 
To be sure, the near-zero pricing trend applies most directly to the cost per bit, rather than the effective retail price. But the point is that use of internet bandwidth keeps moving towards the point where using the resource is not a constraint on user behavior.


And that is the sense in which near-zero pricing matters: it does not constrain the use of computing hardware or communications networks for internet access.


Gates and Hastings have built big businesses on the assumption that Moore’s Law changes the realm of possibility. For communications services providers, there are lessons.


As Gates rightly assumed big businesses could be built on a widespread base of computers, and Hastings assumed a big streaming business could be based on low-cost and plentiful bandwidth, so service providers have to assume their future fortunes likewise hinge on owning assets in the app, device or platform roles within the ecosystem, not simply connectivity services.