Consumers Not So Hot on Network Connected Tablets, Apparently

According to Engadget, AT&T has ended its subsidies for tablets sold with mobile data plans. You can make your own decisions about why the program is ending, but there might be a parallel with the earlier carrier experiments with subsidized netbooks.

You can argue all of those could be reasons for lukewarm customer interest. You might also argue that AT&T doesn't want to incur the financing cost.

Whatever your choice of reasons, there still does not seem to be a big move by consumers to pay for tablet mobile connections, even though some predict that will happen. Wi-Fi-only devices typically outsell units equipped for 3G access, for example.

The ratio of Wi-Fi-only tablets tablet sales with carrier network connections, for example, is highly skewed to Wi-Fi-only devices.

IoT, Private Networks, Edge Computing Will Get the Headlines, Fixed Wireless Will Generate the Cash

It is conceivable that mobile operators globally will make more money providing home broadband using fixed wireless than they will earn from... 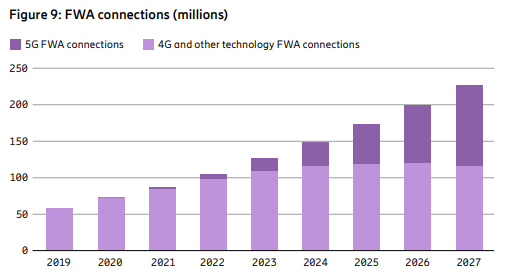