Is Verizon Seriously Considering Sale of its Whole Fixed Network?


The rumored Time Warner merger with Charter Communications likely would be viewed as a horizontal merger, not a vertical merger, as AT&T proposes with its acquisition of Time Warner. That is going to be a tougher sell, to regulatory and antitrust authorities, without huge asset dispositions.


Charter passes 48 million homes. Verizon passes some 27 million homes, with significant overlap in New York, Maine, Massachusetts, New Jersey, Virginia, Pennsylvania, Rhode Island, Connecticut and Delaware. In other words, asset dispositions across most of the Verizon footprint would be expected.


Assume there are a total of about 135.7 million total U.S. homes. Charter passes about 35 percent of U.S. homes, arguably at the limit of traditional antitrust thinking (roughly 30 percent has been a rule of thumb for any single provider). Assuming only half the Verizon homes overlap, that still leads to a Verizon-Charter homes passed count somewhere in the neighborhood of 61.5 million homes, or about 45 percent of total.


It is hard to see antitrust authorities approving that large a footprint. Or, of course, Verizon might contemplate spinning off its entire telco footprint, relying on the hybrid fiber coax network for fixed network access. That would be a huge change for Verizon, but is possible, in principle.


So does Verizon sell its telco assets, and keep the Charter assets, or sell the cable assets, which are said to be the reason Verizon wants Charter in the first place?


In other words, does Verizon contemplate (and who would buy) divestitures of most of its fixed network? 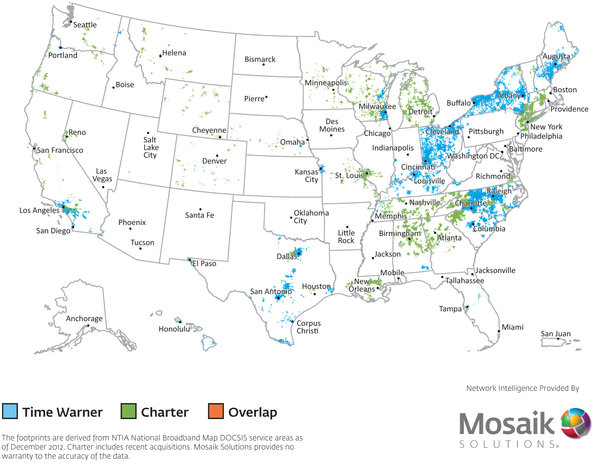