The telecom business is not alone in facing huge business model disruption because of technology advances. Consider driverless cars. By some estimates, as much as $160 billion out of $200 billion in revenue (for insurance premiums) is at risk of disappearing or shifting because driverless cars will reduce accidents so much that premiums will fall.


For those of you doing the quick math, that is an 80-percent hit to existing revenues.


Deloitte, for example, forecasts today’s $200 billion in personal-car-insurance premiums is safe for about seven or eight years, then slide to about $40 billion by 2040.


On the other hand, Deloitte believes $100 billion could shift to product-liability insurance and coverage bought by ride-sharing businesses, for a net drop of about 50 percent in total auto insurance revenues.


Assuming that change happens over roughly a decade, it would fit a pattern of revenue shift we have seen, and likely will continue to see, in the global telecom business, where roughly half of all present revenue sources disappear, and must be replaced, about every decade.


According to the Federal Communications Commission data on end-user revenues earned by telephone companies, that certainly is the case.


You can count those as one single change, or two changes. Either way, it literally is the case that half of revenue sources changed within a decade.


That change in revenue sources is going to continue. Mobile voice and messaging already is declining, and in its place mobile Internet access is growing. For fixed network operators, video revenues are growing, while voice is shrinking, and high speed access has become the anchor service.


The point is that there is a very good reason for all service providers to assume they will have to replace half their current revenue in 10 years, and possibly for every decade thereafter. It now appears the auto industry is about to experience that same sort of change. 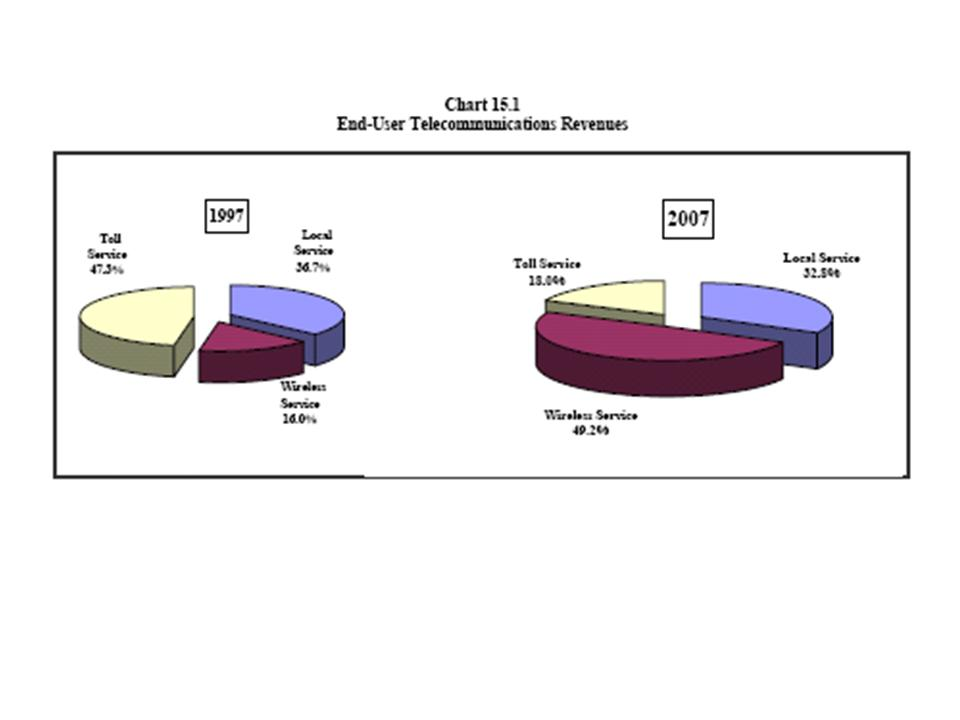