A decade ago, it was an open question whether younger consumers who did not favor linear TV would adopt the habit as they got older and had families. The other question was whether consumers would eventually buy linear TV as their incomes increased.

It appears those hopes are not entirely well founded. Despite the presence of children and higher incomes, a significant percentage of younger consumers simply do not want to buy the linear TV product. So that makes linear subscription TV a legacy services with declining fortunes.

Cord cutters/have an average income of US$59,000, with 47 percent buying an subscription “on demand” service and 63 percent using over the top streaming services.

Some 37 percent of these households have children in the household.

Cord-nevers (consumers who never have purchased linear TV) have an average income of US$47,000, with 30 percent buying some form of on-demand subscription TV, while 35 percent use OTT video sources.

About 26 percent of those “cord-never” homes have children in them.

Some 17 percent of U.S. TV homes now rely on over-the-air reception, up from 15 percent in 2015, while six percent exclusively use internet TV services such as Netflix, Amazon Prime, Hulu or YouTube and have no broadcast or linear TV subscription service at all.

The “streaming only” households increased from four percent of TV homes in 2015.

For TV homes with a resident between 18 and 34 years old, 22 percent are using over-the-air reception only, while 13 percent are only watching internet TV.

Some 38 percent of households with an 18 to 34 year-old resident rely on some kind of alternative TV reception or video source, where 25 pe rcent of all TV homes do so.

Households with at least one resident over 50 are more likely to take cable or satellite services, with 82 percent buying linear TV subscriptions.

Low-income households, meaning those with household income of less than US$30,000 (€27,000), are more likely to rely on over-the-air reception, with 26 percent of these homes taking broadcast-only TV.

High-income households, meaning those earning over US$50,000 are more likely to take satellite TV than the average, with 27 percent of these homes taking a satellite service against a US average of 21 percent.

Overall, cord-cutters have an average income of US$59,000.

“Cord-nevers” (consumers who never have bought a subscription linear TV service)  have an average income of US$47,000. 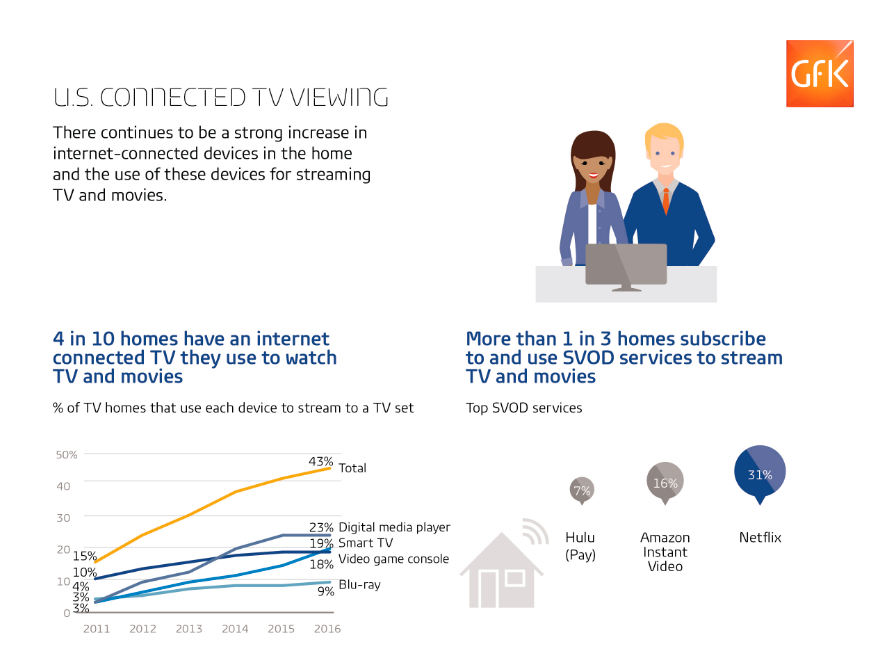