But there is no question those firms, and all other tier one access providers, must try to create new roles in the broader Internet ecosystem. The reason is simple enough.

As a rule, we can expect that every tier-one provider will have to replace about half its present revenue in a decade's time. Competition, over the top services and ever-better technology will cannibalize that much revenue.

In the access business, relatively “small” changes in the number of competitors can lead to big swings in prices, packaging, gross revenue and profit. That is the case even ignoring the big changes a switch to Internet Protocol as the next generation network transport layer has brought.


In the mobile business, you can understand the dynamics through the debates about “how many service providers are necessary to maintain robust competition?” European and U.S. regulators have made clear a preference for four facilities-based providers, rather than just three.


Japanese and South Korean regulators have made clear a belief that two facilities-based competitors is not enough in the mobile market, and that three would be better.


In the Indian mobile market, mobile executives have concluded that, with the market entry of Reliance Jio, five to eight facilities-based competitors is way too many.


In virtually every U.S. fixed network locale, a telecom provider that once had 90-percent-plus take rates now has perhaps 40 percent share of the consumer services market (with a cable TV and two satellite providers taking some Internet access; voice or video entertainment market share).


In the high speed Internet access segment, the local cable operator typically has 60 percent share, in fact, and the telco is the number-two provider with about 40 percent share. Where Google Fiber operates, incumbent shares are lower, still.


Eventually, in many countries, the relevant share statistics will be mobile operator share, as the fixed network will be relatively insignificant. By 2020, in fact, mobile should be delivering more than half of all Internet access revenue, for example. 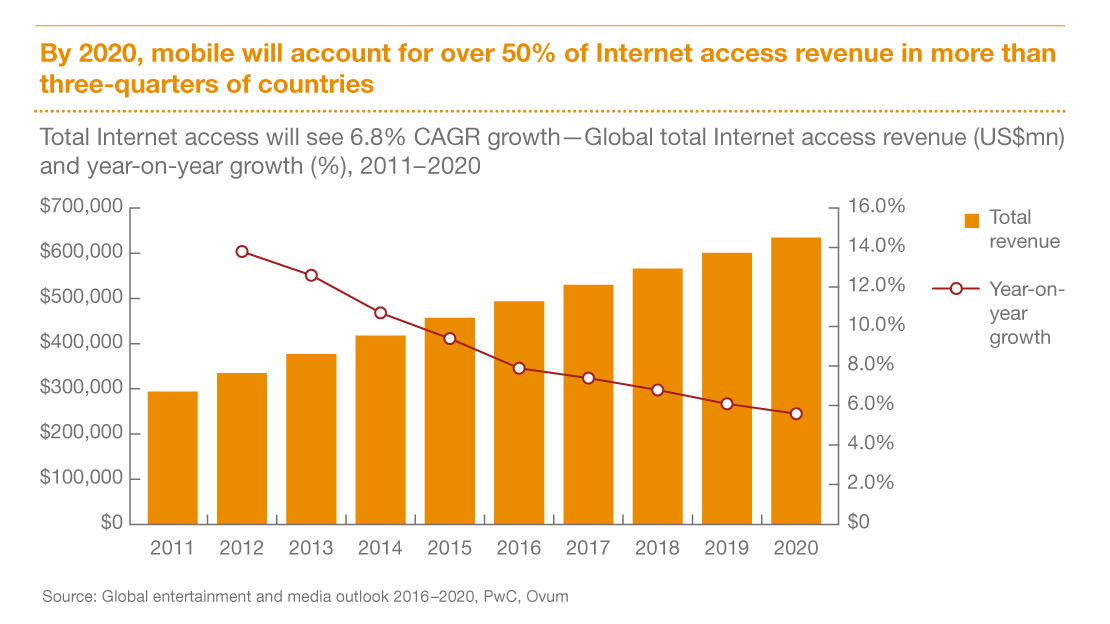 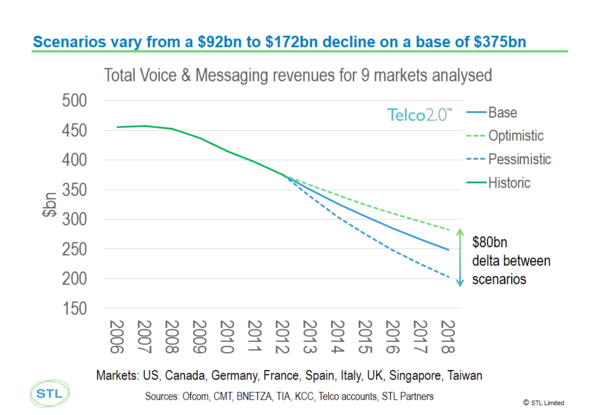 
Internet access speeds have gone up--dramatically--while prices per bit are falling (just as dramatically) because of competition from Google Fiber’s symmetrical gigabit services. That also means lower revenue per bit.


Up to to some point, higher volume compensates for lower average revenue per bit. Still, as we have seen with voice, even that strategy has limits.


At the same time, the access business has gone from a stand-alone industry to a part of a bigger Internet ecosystem sweeping commerce, retailing, content and all communications services into one much-bigger “industry.”


In that bigger ecosystem, all access services are a smaller part of a bigger whole, and all “apps and services” conceptually can be created and delivered “without the permission” of the access provider.


And much more is coming.


The access services business has in the past been ruled by assumptions of “scarcity,” with direct implications for business models, namely high prices and high profits. Even after the advent of competition, scarcity of mobile and Wi-Fi spectrum, as well as the huge sunk costs of fixed networks, have modified the assumption of scarcity only a little.


And even if access networks remain relatively costly, we can envision a future where relative abundance (if not absolute abundance) is the rule, not the exception.


Consider only one example. In the U.S market, less than one gigaHertz of bandwidth presently is authorized for all mobile and Wi-Fi communications.


That represents at least a 36-fold increase in available spectrum. Add to that the small cell architectures and higher-order modulation techniques and one can plausibly argue that each gigaHertz of new millimeter wave spectrum will deliver an order or magnitude--or perhaps two orders of magnitude--more usable capacity than existing mobile or Wi-Fi networks.