SK Telecom price plans for LoRaWAN-based Internet of Things services sheds at least some light on retail pricing for all such services, including rival services based on use of mobile networks. Specifically, LoRa services are an order of magnitude lower than comparable LTE network connections, according to a report by the Korea Times.

That pricing differential suggests why many tier-one mobile service providers will try to create additional roles within various IoT ecosystems, instead of supplying access services. 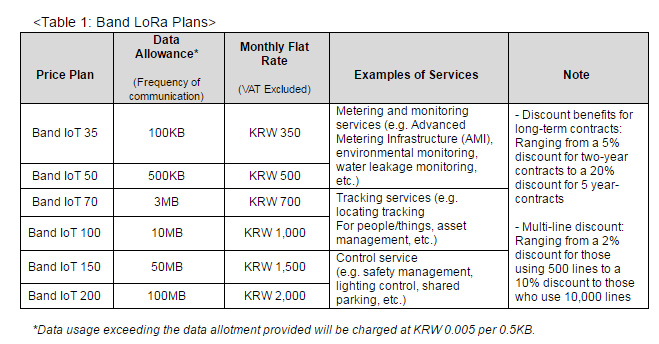