How Much Will Artificial Intelligence Change Job Markets?


However, such technologies will also create new jobs, such as robotic engineers and technicians, data scientists, and content curators, amounting to a nine percent job increase to 2025.


Optimistically, humans will be left with more “person to person” jobs and “higher value” work.


On the other hand, such forecasts might prove, at least in some cases, to be too pessimistic. Many made the same predictions when automated teller machines  were widely adopted in the 1990s.


Since 2000, the number of bank tellers has increased two percent annually, however.


But banks also shed about 25 percent of people in the back office staff.


The number of white collar office workers, of which there are 89 million in the U.S., is forecast to decline by 12 percent between now and 2025. 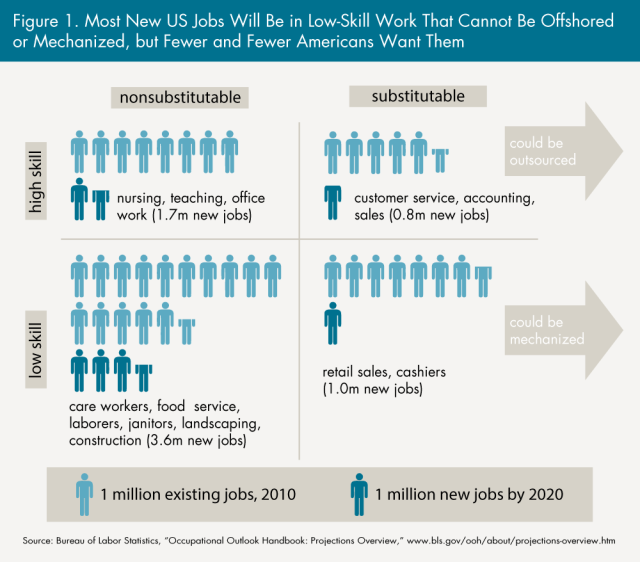