India Mobile Subscriptions Drop in May 2016


But most of the dip comes from share losses by several mobile providers, not necessarily an  across the board decline in net subscribers for most mobile service providers.


Fixed voice subscriptions also dropped, but that is not entirely unexpected in many markets. 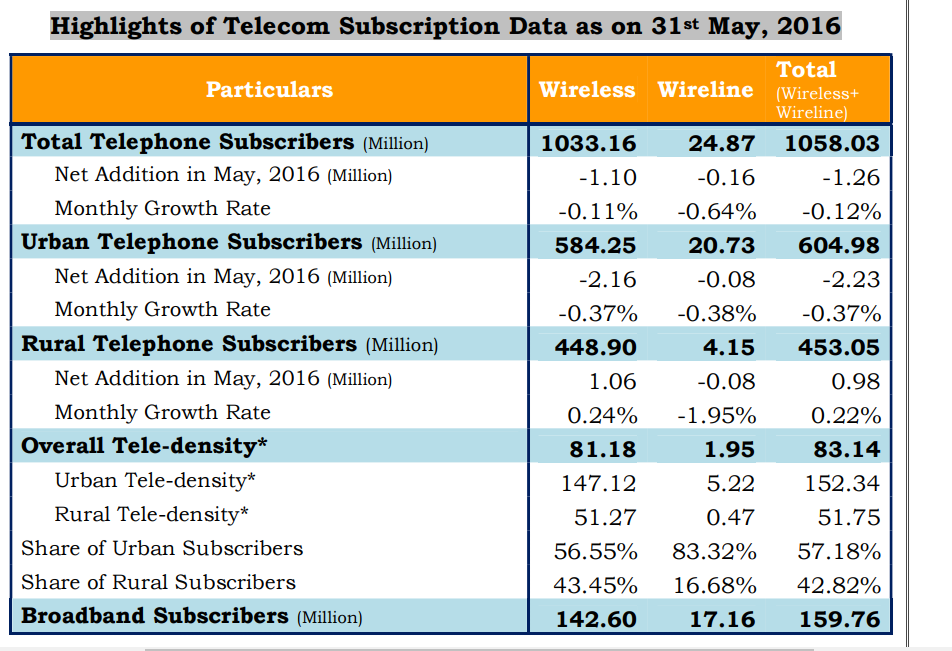