In both the computing and communications business, one good rule of thumb is that firms must replace about half their current revenue every decade. That works for IBM just as for Intel, Comcast and AT&T.

International Business Machines Corp. said in the second quarter of 2018 it generated more than half of its revenue from newer services such as cloud and artificial intelligence, a first for the company.


In 1994, IBM earned half its revenue from hardware sales.

One sees the same pattern at Intel. 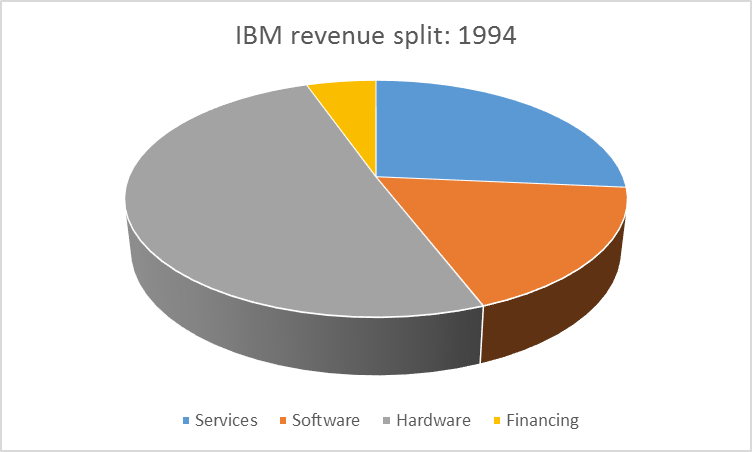 
By 2012, IBM was earning 57 percent of revenue from services and just 18 percent from hardware sales.


The point is that in the computing industry, as in the communications industry, a key principle is that firms must replace about half their current revenue every decade. 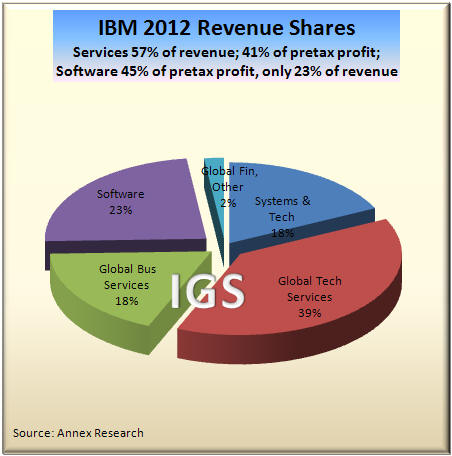