AT&T also has announced 99 new 5G Evolution markets, bringing the total number of such markets with these technologies to 239. 5G Evolution markets are locations where peak theoretical wireless speeds for capable devices are at least 400 megabits per second.


AT&T says 5G Evolution will be available  in over 400 markets by the end of 2018. In the first half of 2019 AT&T plans to offer nationwide coverage, making 5G Evolution available to over 200 million people.


The other technology AT&T is deploying is LTE-LAA, which boosts peak theoretical wireless speed for capable devices to a gigabit per second. LTE-LAA is now live in parts of 20 cities with plans to reach at least 24 cities in 2018. 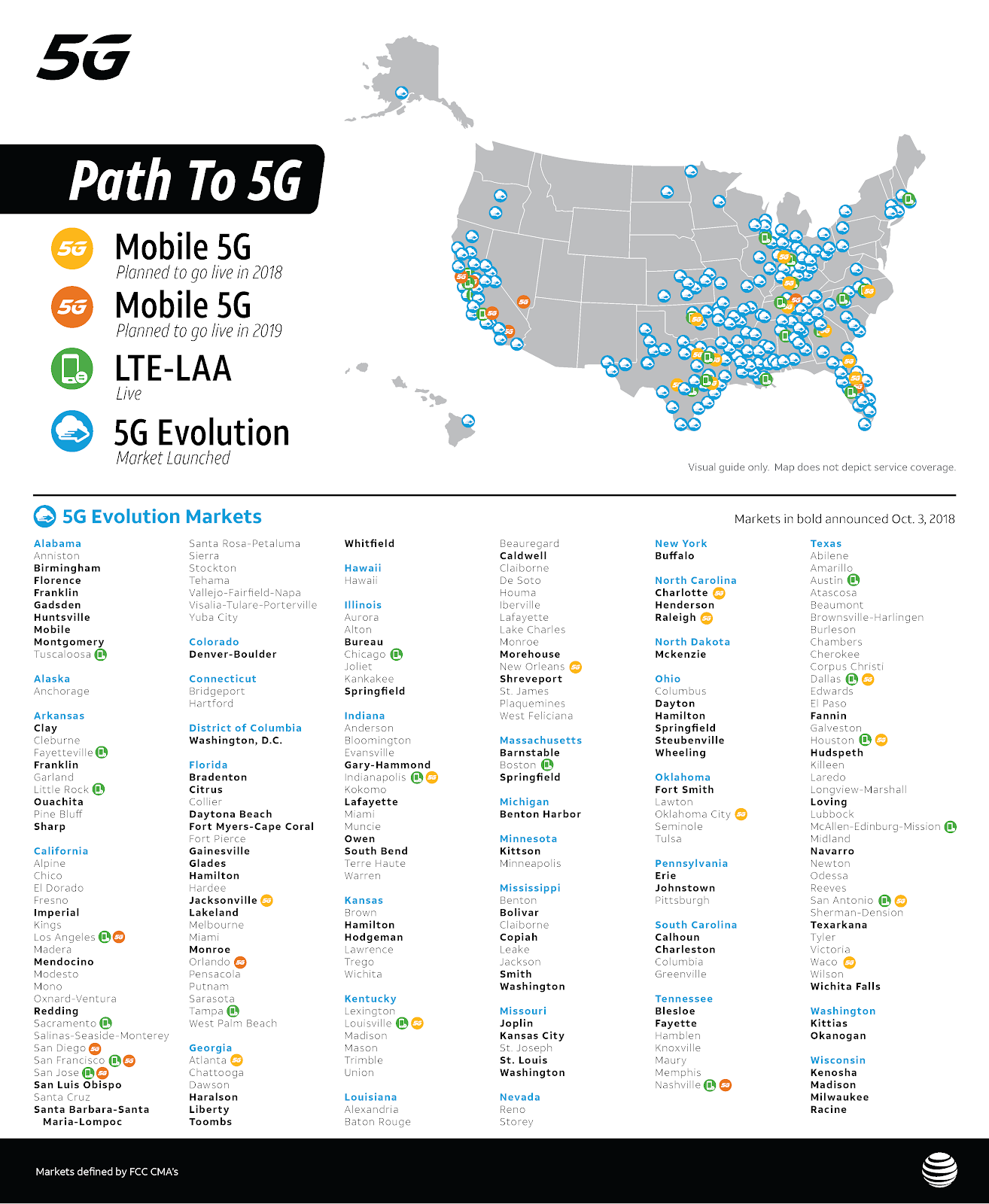