And even in the fastest-growing mobile markets globally--Sub-Saharan Africa-where subscriptions are growing at a compound annual growth rate of of 6.1 percent to 2020, about 50 percent faster than the global average, revenue growth is not keeping pace, expanding only about two percent per year. 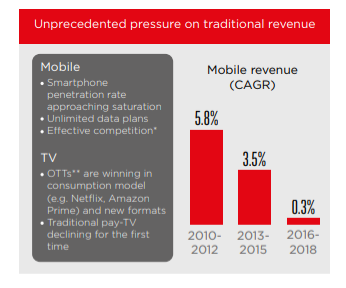 
That is why the search for big new revenue contributors in the internet of things, entertainment video and other potential big new markets is so intense.


Total mobile revenues in Sub-Saharan Africa reached $40 billion in 2016, an increase of 3.9 percent, year over year. But revenue growth since 2017 has been trending downwards, driven in part by economic weakness.


Revenue growth will “remain subdued for the remainder of this decade due to the increasing cannibalization of traditional voice and messaging revenues as subscribers shift to alternative platforms,” says GSMA.


As in other markets, messaging substitutes are widely used and are one reason voice and carrier messaging revenues are dropping.


With traditional voice and messaging services accounting for more than 70 percent of service revenues for many operators in the region, revenue growth from additional subscriptions and mobile internet will be countered by declining legacy revenues. 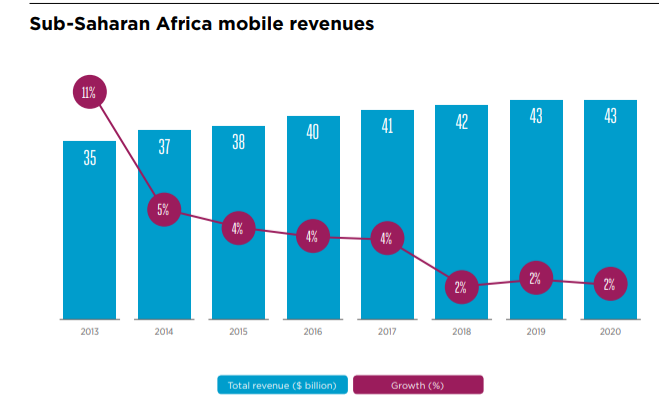