Broadband investment by service providers grew in 2017, according to new research by USTelecom.


What might strike many observers is the relative constancy of such investments since 2007, though, after the dip associated with the Great Recession of 2008. Significantly, the data exclude any capitalized investment by service providers to subsidize mobile phones.

The figures do not appear to be indexed for inflation, though inflation has been quite tame in recent years, so the results--not adjusted for inflation--might not differ much from an adjusted view. 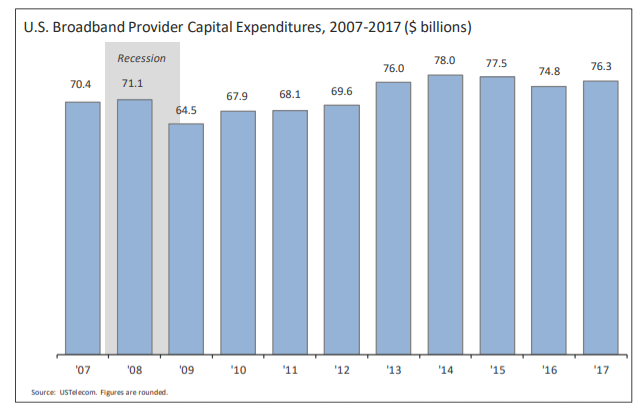 
“Growth returned after a series of pro-investment steps taken by the FCC and Congress, including the Restoring Internet Freedom Order, the tech transition order and tax reform,” UST says.  While many factors are at play, the parallel shifts in policy and capex suggest that policy expectations played a role.