Explaining what is going on globally, in the communications business, sometimes is a matter of nuances, and sometimes is drop dead simple.


The drop dead simple part is the role played by mobile services , which outnumbered fixed voice lines by about 4.5 to one in 2009, and now outnumber fixed connections by about six to one.

The nuances come when we are looking at total fixed network lines, for several reasons. There is, for example, a difference between the number of access lines or equivalents that might be available for use, and the number that actually are in use.


That roughly corresponds to the difference between a network that could sell a customer service at a location, and the number of customers that actually do so.


Overall, the number of fixed network lines has grown steadily. What has changed is the willingness of customers to pay for a fixed voice service, not fixed services of any type. 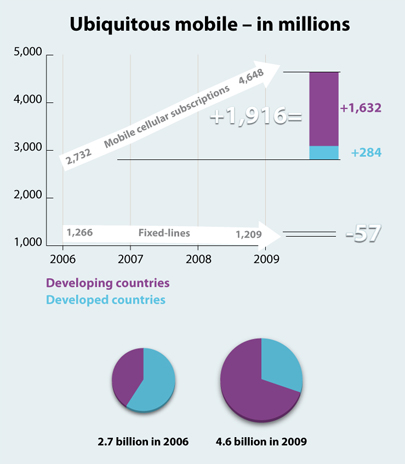 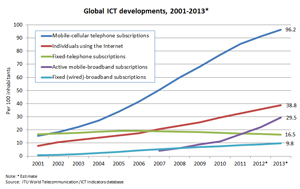 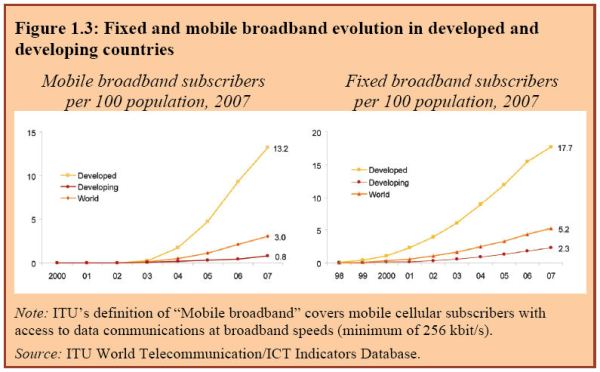