That trend also was found to exist for 3G networks, compared to 2G networks. According to a Nokia Siemens study, each 3G user consumes more data, close to 300 percent more, than a typical 2G user.


U.S. users on 4G LTE networks consume 36 percent more data than users on 3G networks, Mobidia says. But consumption disparities are higher than that in some other countries. 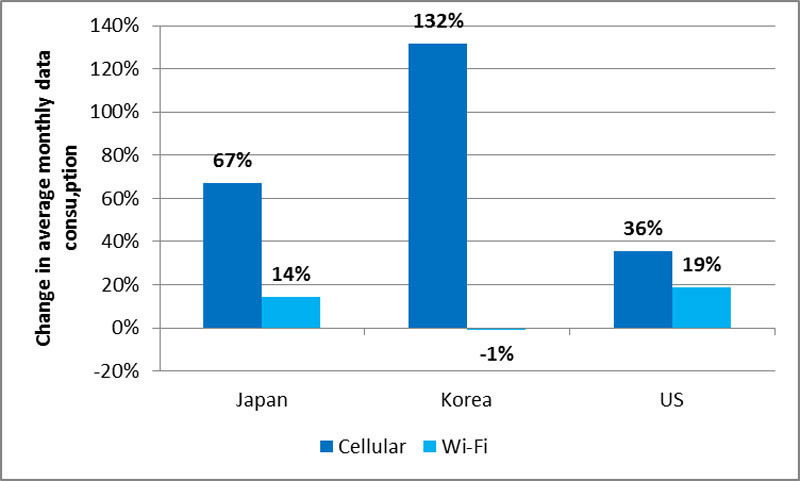 
Even though 4G’s share of mobile subscriptions was less than three percent at the end of the second quarter of 2013, it is expected to account for slightly more than 20 percent of the total data consumed on mobile networks worldwide in 2013.


After surpassing 3G networks in 2016, 4G networks will go on to capture 66 percent of data traffic by 2018, according to ABI Research.