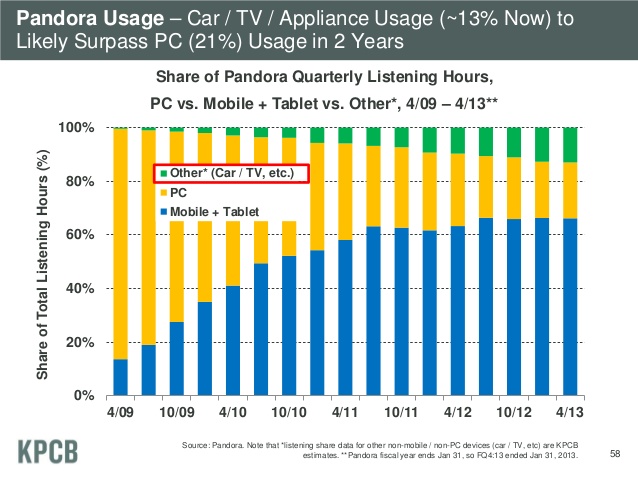 With the caveat that what people mean by “mobile” can vary, people in the U.S. market seem to be spending more time consuming content, where time spent with other forms of media is flat. If tablets are included in the “mobile” device category, the fact that 2013 tablet shipments have grown 83 percent, while PC shipments dropped 13 percent, is going to make a difference.

Mobile was the only media type to grow in total U.S. consumer minutes spent per day from 2010 to 2012, according to Business Insider.

Mobile content consumption clearly has grown over the last two years, with time spent using mobile devices for activities such as Internet and app use, gaming, music and other content more than doubling over the past two years.

In 2013, the amount of time U.S. consumers spend using mobile devices—excluding talk time—will grow 51.9 percent to an average 82 minutes per day, up from just 34 minutes in 2010, according to eMarketer. 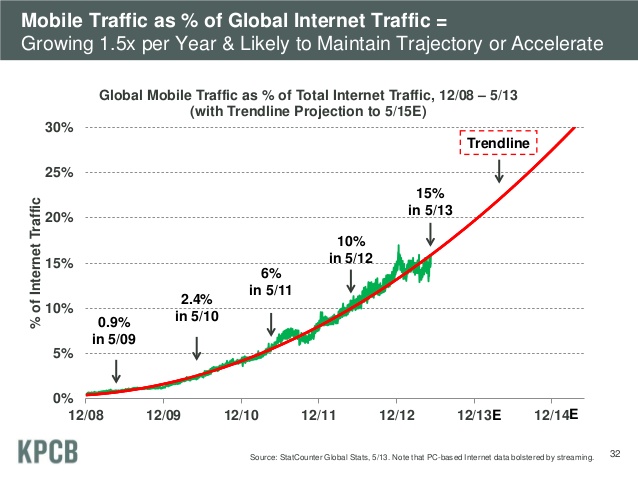 Users spent an average of 93 minutes a day on the top mobile activities in the first quarter of 2013, compared to 77 minutes in the same quarter of 2012. That represents growth of about 20 percent a year.

The average consumer spends 40 minutes of their day playing a game on an app and 30 minutes using social media. Watching videos seems to occupy about 10 minutes of time each day.

And some content sites are seeing extremely-high rates of growth for “mobile-only” usage. Pinterest, for example, seems to see 40 percent of users accessing content only from a mobile. Pandora, likewise, seems mostly used on mobile devices. 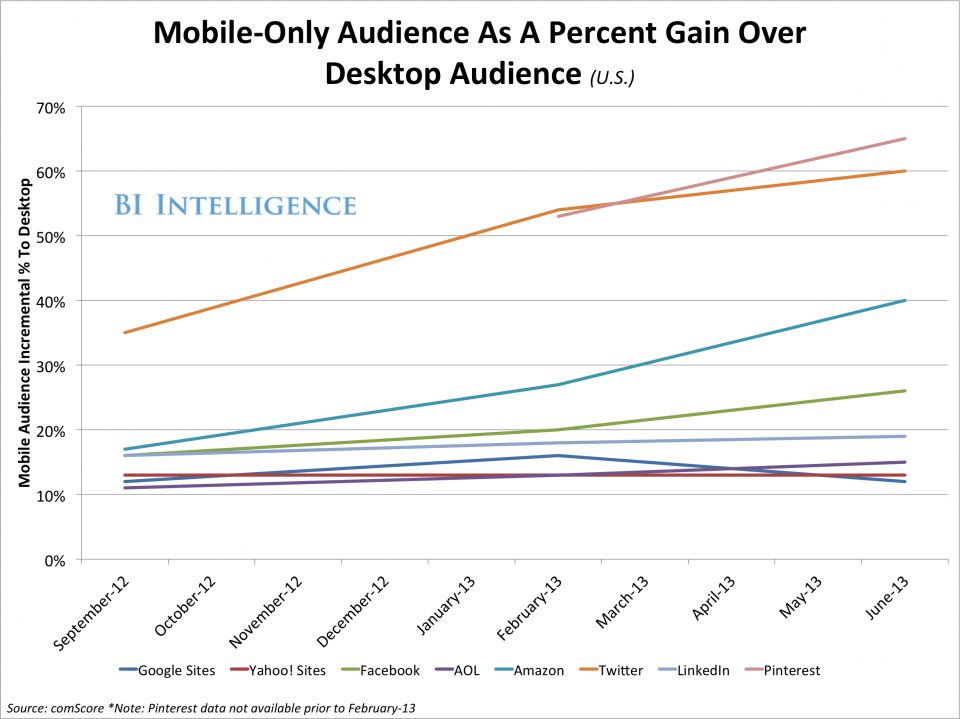 Those trends match the overall growth of mobile Internet consumption, which is growing at faster rates every year since 2008.

Between 2010 and 2013, mobile content consumption  nearly doubled, for example.