Smart Phone, Tablet Adoption in Asia is Study in Contrasts

Saturation and unmet need both are parts of the smart phone adoption story in Asia. On one hand,  87 percent adoption in in Singapore and Hong Kong, followed by Malaysia (80 percent), Australia (75 percent) and China (71 percent), shows some markets are nearing saturation.


In Southeast Asia, smart phone owners spent on average more than three hours per
day on their smart phones in June 2013, with activities such as chat apps, social networking and entertainment activities like games and multimedia driving the highest levels of engagement, Nielsen says. 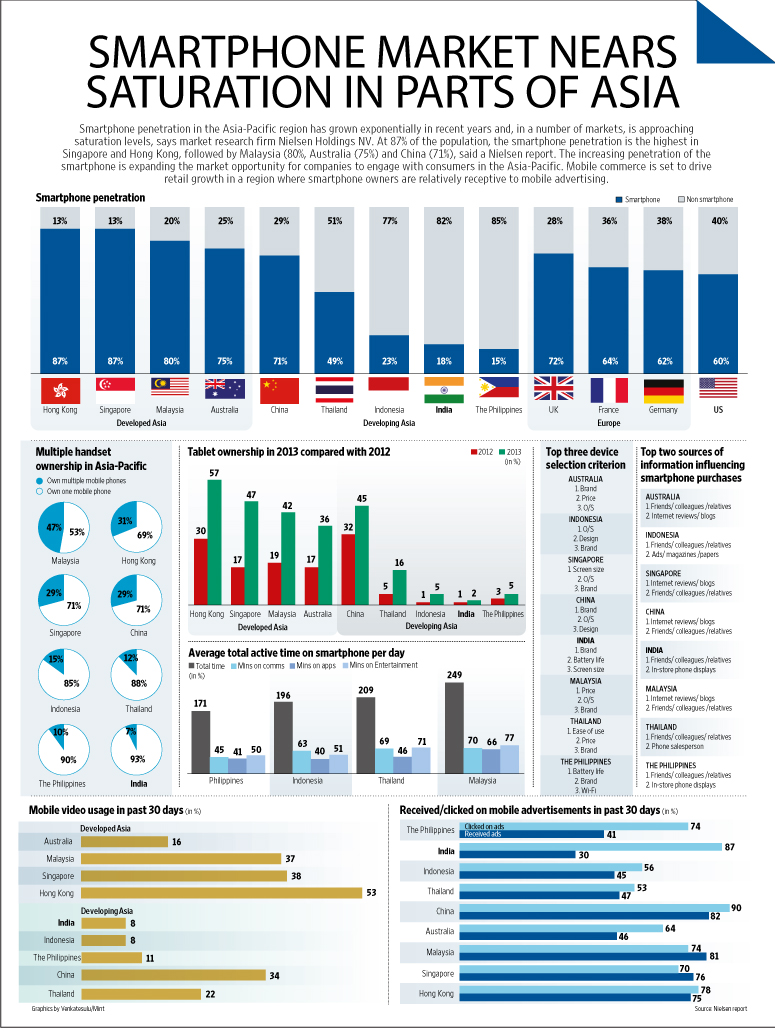