Early discussion of which bands in the millimeter wave band (3 GHz to 300 GHz) will happen at this year’s World Radiocommunications Conference.


To give you some idea of what eventually will happen, the regional allocation for mobile services now is about 500 MHz, in total. For 5G, allocations are expected to be in the 10 GHz range. In other words, two orders of magnitude more bandwidth is expected to be allocated, but most of the growth will come from use of small cell architectures. 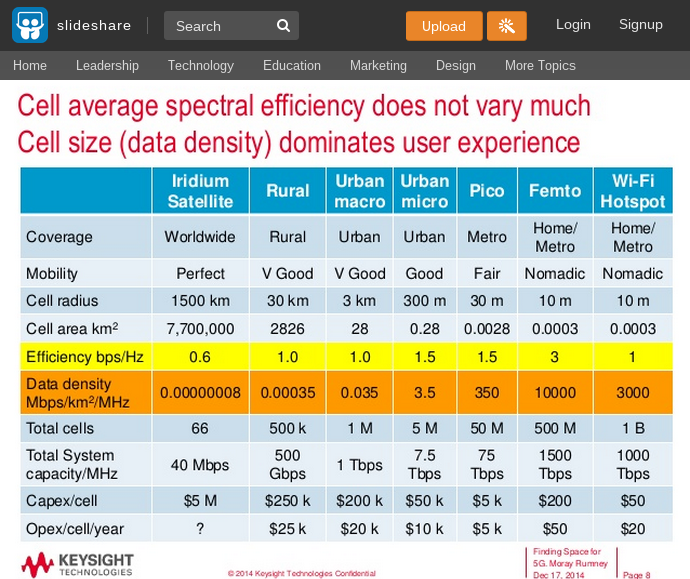 
In that regard, Ofcom, the U.K. communications regulator, has identified the millimeter wave bands it believes are best for fifth generation (5G) networks, and especially suitable for early discussion at the upcoming World Radio Conference.


At the moment, Ofcom says, there is general consensus that immediate efforts should be focused on additional spectrum below 100 GHz. Satellite interests generally argued that new allocations should be made at above 30 GHz, to avoid interference with existing satellite operations.


“We think these bands may be relatively straightforward to make available in the UK
compared to other options within the range 6 to 100 GHz...and could have potential for being harmonised and developed for future 5G use globally,” Ofcom said.


To give you some idea of how much spectrum might be feasible, consider that Ofcom said
“it is particularly difficult to identify bandwidths of least 1 GHz below 30 GHz taking
account of incumbent use of these bands.” In other words, Ofcom is looking, ideally, at allocations of at least 1,000 MHz per band.


Ofcom also points out that several different technology solutions will help enable use of spectrum above 6 GHz to enable 5G.