AWS is Profitable, and a $5 Billion Annual Business, with a $6 Billion Run Rate

The most interesting number in the Amazon first quarter earnings report was confirmation that Amazon Web Services indeed generates $5 billion a year in revenue and earned $1.6 billion in the quarter. This is the first time Amazon has reported quarterly revenue for AWS.


The other interesting numbers are AWS growth rates--50 percent or so--and the fact that AWS is profitable, with about a current $6 billion run rate annually. AWS earned $265 million in the quarter. 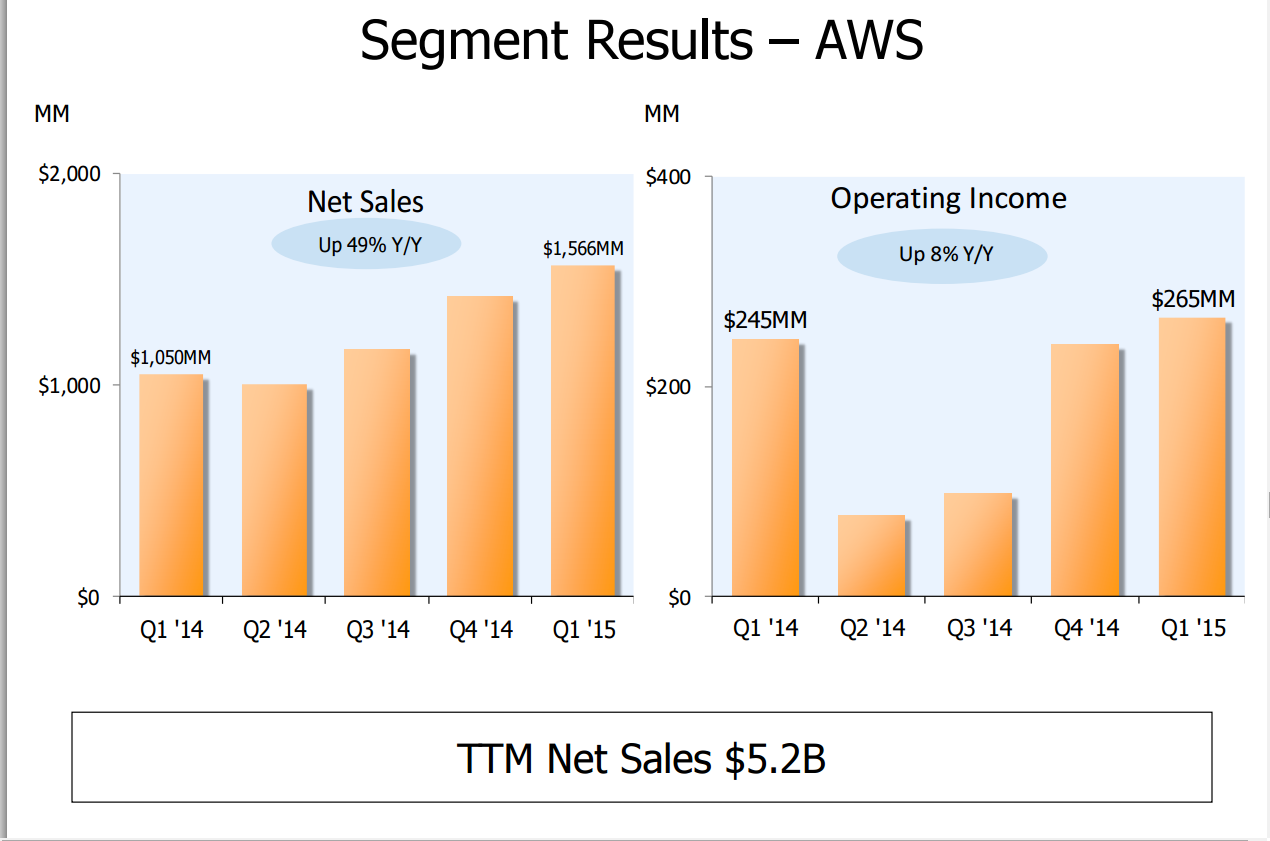