How to Tell When a Market is Saturated

Even if call volumes still are growing in many countries, the future already is discernible. In most developed markets, “calling” as an activity is dropping. In other words, fewer calls were made in 2013 than in 2008, even as prices continued to fall.

Up to a point, usage or demand climbs for any desired product as prices are reduced. But demand can saturate, at which point not even lower price leads to higher usage. That seems clearly to be the case for voice services.

There are strategic implications. One might well argue it makes little sense to invest too much in a product line that is mature and declining. Instead, investment must be targeted to new products early in their life cycles.

That suggests investment in high definition voice will be largely ineffective as a means of restoring growth in the voice segment. Investment in voice over Long Term Evolution has a different business rationale: it allows reclaiming of spectrum used for 3G.

Only indirectly does VoLTE contribute in a direct way to new voice value. 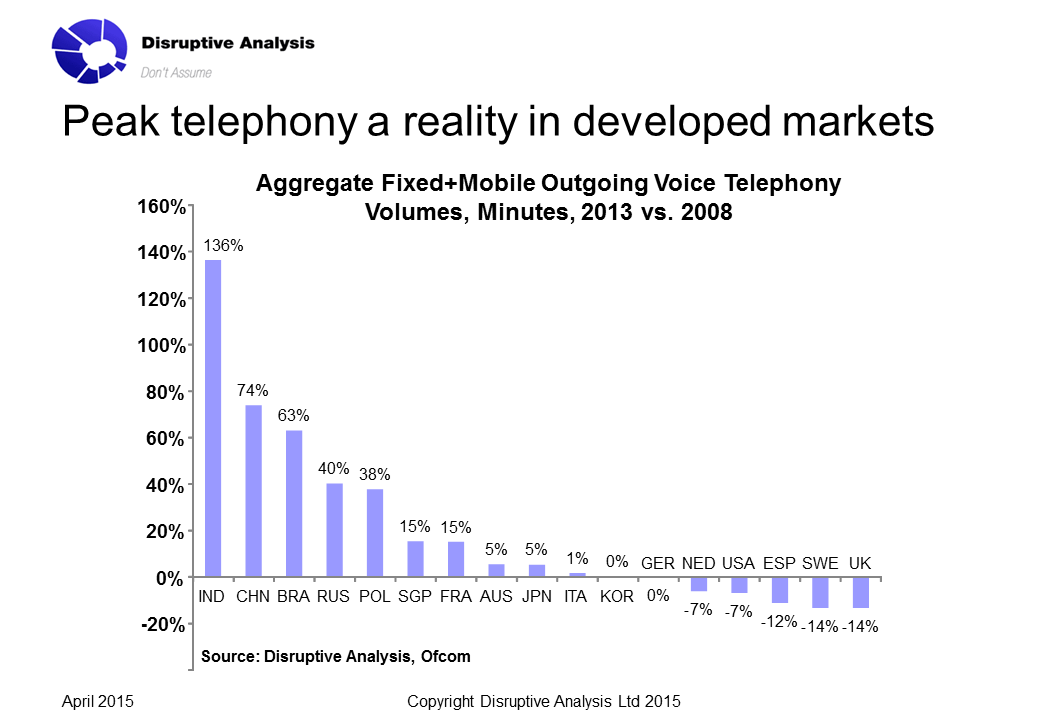