Google Maps: Does Knowing "Why" Matter? 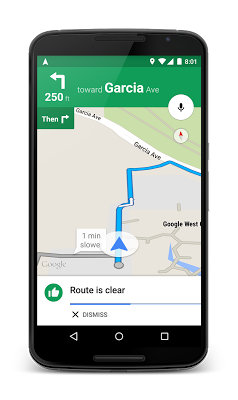 If you’ve ever been stuck in an airport with a delayed flight, you understand why information about “why” there is a delay is valuable, even if that information does not actually get you moving any sooner.

Google Maps already suggests alternative routes, but now it will tell users “why” it recommends a particular route.

It’s a subtlety, but probably will have value for the same reason knowing “why” a plane is delayed is helpful.

if congestion lies ahead, Google Maps will provide an estimate of  how long you’ll be stuck in a traffic jam.

Aside from telling you where and what, the alerts and suggestions also give you the why. Google Maps explains why a certain traffic condition is taking place and, in case of an alternate route, why that path might be better.

The new feature might be a rather small tweak. But some of us would guess the value will be rather higher than the tweak might seem.